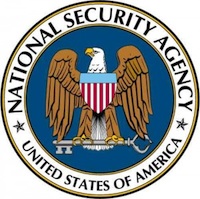 Compared to the kind of secret cables that WikiLeaks has just shared with the world, everyday public statements from government officials are exercises in make-believe. In a democracy, people have a right to know what their government is actually doing. In a pseudo-democracy, a bunch of fairy tales from high places will do the trick.

Diplomatic facades routinely masquerade as realities. But sometimes the mask slips — for all the world to see — and that’s what just happened with the humongous leak of State Department cables.

“Every government is run by liars,” independent journalist I.F. Stone observed, “and nothing they say should be believed.” The extent and gravity of the lying varies from one government to another — but no pronouncements from world capitals should be taken on faith.

By its own account, the U.S. government has been at war for more than nine years now and there’s no end in sight. Like the Pentagon, the State Department is serving the overall priorities of the warfare state. The nation’s military and diplomacy are moving parts of the same vast war machinery.

Such a contraption requires a muscular bodyguard of partial truths, deceptions and outright lies. With the USA’s ongoing war efforts at full throttle, the contradictions between public rationales and hidden goals — or between lofty rhetoric and grisly human consequences — cannot stand the light of day.

Details of Washington’s transactional alliances with murderous dictators, corrupt tyrants, warlords and drug traffickers are among its most closely guarded quasi-secrets. Most media accounts can be blown off by officialdom, but smoking-gun diplomatic cables are harder to ignore.

With its massive and unending reliance on military force — with a result of more and more carnage, leaving behind immense grief and rage in Afghanistan, Pakistan and elsewhere — the U.S. government has colossal gaps to bridge between its public-relations storylines and its war-making realities.

The same government that devotes tremendous resources to inflicting military violence abroad must tout its humane bona fides and laudable priorities to the folks back home. But that essential PR task becomes more difficult when official documents to the contrary keep leaking.

No government wants to face documentation of actual policies, goals and priorities that directly contradict its public claims of virtue. In societies with democratic freedoms, the governments that have the most to fear from such disclosures are the ones that have been doing the most lying to their own people.

The recent mega-leaks are especially jarring because of the extreme contrasts between the U.S. government’s public pretenses and real-life actions. But the standard official response is to blame the leaking messengers.

“We condemn in the strongest terms the unauthorized disclosure of classified documents and sensitive national security information,” the White House said on Sunday.

Meanwhile, Sen. Joseph Lieberman denounced “an outrageous, reckless and despicable action that will undermine the ability of our government and our partners to keep our people safe and to work together to defend our vital interests.” For good measure, he twittered: “WikiLeaks’ deliberate disclosure of these diplomatic cables is nothing less than an attack on our national security.”

But what kind of “national security” can be built on duplicity from a government that is discredited and refuted by its own documents?

Norman Solomon is a journalist, historian, and progressive activist. His book “War Made Easy: How Presidents and Pundits Keep Spinning Us to Death” has been adapted into a documentary film of the same name. His most recent book is “Made Love, Got War.” He is a national co-chair of the Healthcare NOT Warfare campaign. In California, he is co-chair of the Commission on a Green New Deal for the North Bay; www.GreenNewDeal.info.