President Obama’s basic budget for fiscal 2012 is mostly a done deal, supported by the entire political establishment. The hyped choreography of forthcoming battles between Democrats and Republicans is a very secondary sideshow. The battles clothe basic agreement in a disguise of fierce oppositions – perhaps aimed to mollify each party’s none-too-discerning militants. 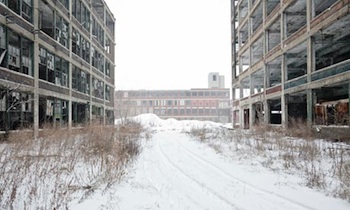 Both sides agree that the US private economy is in such a poor and dangerous condition that it needs massive fiscal stimulus from the federal budget: classic Keynesian policy. Washington thus plans to spend roughly $3.5tn, while taking in tax revenues of roughly $2tn; hence a deficit of $1.5tn. In the light of such numbers, the debates of Democrats and Republicans over spending cuts likely to be of the order of $40-60bn are inconsequential. They become yet more inconsequential in light of the fact that the federal budget’s projected deficit of $1.5tn will carry an annual interest cost of $40-60bn. That interest will be an additional budget outlay offsetting the likely cuts arrived at the end of loudly publicised debates over spending reductions.

Both sides agree that government spending will continue to follow the old “trickle down” theory, despite its failure to date. Massive federal outlays on the largest banks, insurance companies and selected other large corporations produced a “recovery” for them, but not in the rates of unemployment, home foreclosures and state and local austerity budgets that keep crippling the US economy. Federal largesse has yet to trickle down, but both parties proceed on the assumption that it eventually will. Neither party tallies the economic and social costs of massive unemployment, home loss and state and local austerity budgets. Neither party offers any alternative to “trickle down”, as if no alternative exists or is worth debating.

Yet, of course, there are alternatives.

In the 1930s, capitalism’s last major global breakdown, then President Roosevelt eventually pursued the alternative “bubble up” theory. Between 1934 and 1940, he created and filled 11m federal jobs with unemployed workers. Their incomes enabled them to maintain mortgage payments and buy goods and services that provided jobs to millions of others and profits to many US businesses. That alternative to trickle-down economics did not suffice to overcome the Great Depression. However, it certainly alleviated more of the economic damage and individual suffering of that breakdown than Bush’s and Obama’s trickle-down economics have achieved in this one.

Then, too, there is the alternative of taxing corporations and the rich to finance federal stimulus without huge deficits and increasing costly national debts. That alternative is even more taboo in Washington than a bubble-up government employment programme.

Politically, Roosevelt’s bubble-up approach won him the greatest outpouring of electoral support ever achieved by any US president. So it might today for Obama. Why, then, would a politically besieged president hesitate to repeat some variant of Roosevelt’s successful strategy?

During the 1930s, the CIO was successfully recruiting millions of workers into unions: a powerful labour movement, combined with socially influential and growing socialist and communist parties, organised pressure from below. Today, those movements are either gone orextremely weakened. Then, the flow of money into US politics from corporations and the rich was relatively less powerful than it has now become, in terms of campaign contributions and legislating lobbying funds dependent on those sources. Republicans and Democrats alike depend on them. No wonder they and the president agree on so much and dare not consider or debate alternatives, of which their benefactors might disapprove.

Of course, the groups immediately affected by specific federal budget cuts will suffer. Democrats will posture as their defenders and, by extension, defenders of the environment, or poor people, or pregnant women, that those groups champion. Republicans will posture as the punishers and reducers of an arrogant, outsized and inefficient state, as well as champions of reduced tax burdens on businesses and people.

No matter what their sideshow yields, however, the basic prognosis for the fiscal 2012 federal budget, combined with the current crisis in state and local budgets, is grim. The social safety net is being further frayed; public employee layoffs will increase and thereby worsen unemployment; ecological concerns will continue to be neglected, and no significant individual tax relief is anywhere on the horizon.

In the US, the federal government is the tail that definitely does not wag the dog. This capitalist crisis is being “resolved” the way they usually are. As unemployment deepens and lasts, wages and benefits decline. As businesses close, the costs of secondhand machines, the rents for office and factory space, the fees of business-serving professionals (accountants, lawyers, etc) drop. Eventually, when those cost declines proceed far enough, capitalists will see enough profit in resuming production to generate a broad and sustainable economic upturn.

In short, just as the crisis was brought on by the profit-seeking investments and speculations of the private sector, so now we wait until the private sector sees a profit in resuming production and thus ending this crisis. The federal government fusses and fumes about it all. It throws public money at the private sector to keep it afloat. It debates details with great fanfare. But all the while, the mass of people tighten their belts, do without and wait for this economic system to rebound.

The vast social and personal costs of this irrational economic absurdity – tens of millions unemployed, one third of US productive capacity unutilised (rotting and rusting), and vast quantities of needed output foregone and lost – are ignored lest they raise the uncomfortable question: why do we retain a system as dysfunctional as this?

This article was originally published on in The Guardian (UK). For more of Rick Wolff’s analysis, visit rdwolff.com.