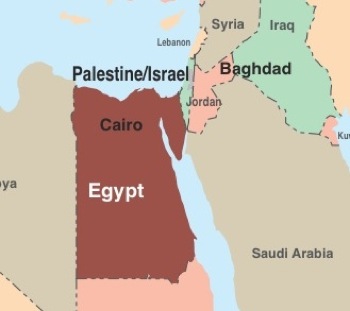 In the West Bank, the Palestinian Authority (PA) of Mahmoud Abbas is in a more precarious situation than ever. Its loss of legitimacy is so thorough — especially after the revelations in the Palestine Papers — that it exists only thanks to the protection of the Israeli occupation, U.S. and EU training of its repressive security forces, and massive EU funding to pay the salaries of its bloated bureaucracy.

The PA’s leaders are as dead to the just cause and aspirations for liberation of the Palestinian people for which so much has been sacrificed, as Mubarak was to the Egyptian people’s rights and hopes. No wonder the PA relies more and more on the thuggery and police state tactics so reminiscent of Hosni Mubarak and Ben Ali.
The revolutions in the Arab world have lifted our horizons. More people can now see that the liberation of Palestine from Zionist colonialism and U.S.- and EU-funded oppression, to make it a safe, humane place for all who live in it to exist in equality, is not just a utopian slogan but is in our hands if we struggle for it and stick to our principles. Like the people power, against which the Egyptian and Tunisian police states were powerless in the end, Palestinians and their allies (particularly those supporting the boycott, divestment and sanctions movement) have the power to transform reality within the next few years.

In whatever form the revolution continues, the people are saying to their rulers: our countries, our futures, don’t belong to you any more. They belong to us.