Taking their cue from the widely disgraced West Virginia politicos and Big Coal lobbyists, some legislators in Virginia are courting a bad regulatory romance bill that could cost the state dearly–the morning after.

And the nation is watching: In the face of countless studies that link water quality to devastating cancer rates, health care crises and environmental destruction in the coalfields, a handful of Virginia politicians appears more intent on providing loopholes to circumvent growing national concern over clean water laws than to protect their own citizens–and their own state budget.

If the coal industry gets its way, the state of Virginia just might have to abandon its tourist slogan–Virginia is for Lovers–and its long-time promotion of the Blue Ridge: 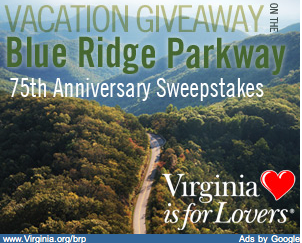 Under the proposed SB 1025 and HB 2123 bills, Big Coal lobbyists are making an unprecedented attempt to eliminate a Jeffersonian commitment to citizens participation and basic regulatory oversight of clean water laws for strip-mining in their beloved mountains, by ultimately shifting control of water quality to a political appointee. In effect, according to concerned residents in the coalfields, coal lobbyists have concocted a bill that places a stranglehold on state officials by restricting the state’s ability to adequately review stream monitoring or toxicity testing in permitting and enforcement actions.

“If the coal industry doesn’t want state officials testing the water, what are they afraid the tests will reveal?” asked Tom Cormons, Virginia Director for Appalachian Voices. “The industry is trying to tie state officials’ hands to prevent them from doing their job.”

The end result could be breathtakingly costly, both in human and financial terms, for the state. According to most estimates, Virginia already subsidizes the coal industry with $45 million in taxpayer funds. Studies in similar coal states like Kentucky and West Virginia have long demonstrated how the state already shoulders huge external and legacy costs from environmental and health impacts from strip-mining.

As Justin Maxson of the Mountain Association for Community Economic Development wrote in a letter to the Washington Post last spring:

“In fact, coal mining jobs amount to only about 2 percent of employment in the central Appalachian region; the percentage is only slightly higher if you consider related employment. It does not account for anything approaching most of the employment. In Wise County, where The Post’s story was set, there were 2,537 coal miners, or about 11 percent of total county employment, in 2004. That’s fewer workers than hold jobs in retail trade (3,118).”

This begs the question, especially for anyone making backroom bar room deals: If other industries, such as the liquor industry, must follow the laws and be held accountable for their actions, why shouldn’t the declining coal industry have to follow basic laws? As one industry analysis has noted, the federal Energy Information Administration (EIA) reports that Virginia has 735 million tons of estimated recoverable reserves of coal and 296 million tons of recoverable coal reserves at actively producing mines (EIA, 2010a). At 2008 production rates, that is enough coal to last for approximately 12 years without opening any new mines.

The response from Big Coal lobbyists winking in the corner?

Quoted in the Richmond Times-Dispatch this week, Donald L. Ratliff, a lobbyist for Abingdon-based Alpha Natural Resources, “said he has spoken to McDonnell about EPA rules, and the administration agreed to step in as needed.”

Speaking on behalf of a company with an estimated $15 billion value (after their recent move to purchase Massey Energy), Ratliff added: “We can’t meet the standards that they’ve put on us right now. It’s just too stringent.”

Read that again: Assuring that the 2nd largest coal company in the United States follows basic clean water laws is “too stringent”?

Before going through with this bad deal, Virginian legislators might want to chat with coal miners in Mingo County, West Virginia, who were trapped in an underground mine flood for 24 hours, after an Alpha subsidiary “did not regularly monitor and properly maintain the mine’s system of diversion ditches,” according to a MSHA report.

For more information on this landmark decision in Virginia, see the Wise Energy for Virginia updates.