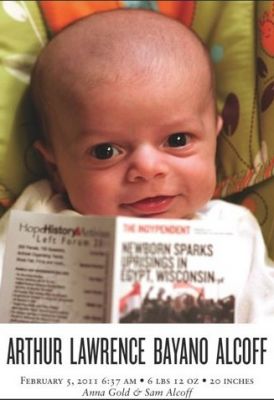 THU MARCH 24
5-7 pm • Free
RALLY: DAY OF RAGE AGAINST THE CUTS. Join a coalition of organizations as they call for students, labor leaders and concerned community members to bring the spirit of Cairo and Wisconsin to New York City. A rally will be held at City Hall followed by a march to Wall Street to protest ongoing austerity measures.
City Hall, 249 Broadway
march4ny@gmail.com

FRI MARCH 25
7-9 pm • Free
MEMORIAL: 100 YEARS AFTER: THE TRIANGLE FIRE REMEMBERED AND RETHOUGHT. In tribute to the 146 garment workers who lost their lives in the fire, Remember the Triangle Fire Coalition will host a night of music, poetry, storytelling and art at the Great Hall in Cooper Union where the first Triangle Fire memorial march was held 100 years ago.
Cooper Union, 7 E 7th St
212-353-4195 • cooper.edu

SAT APRIL 2
6:30-10 pm • Free
PANEL DISCUSSION: WHOSE PRESS? OUR PRESS! The Freedom Socialist Newspaper will kick off its annual fundraiser with a dinner and panel program about the importance of independent media for building social movements. Panelists include Steve Strauss of the Freedom Socialist and Indypendent editor Elizabeth Henderson.
Freedom Hall, 113 W 128th St
212-222-0633 • socialism.com

Sign up to receive our weekly online calendar via email at indydependent.org.