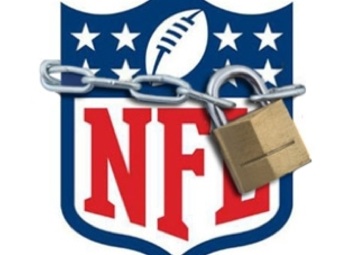 As an NFL lockout and the possible cancellation of the 2011 season haunts the sports faithful across the country, reporters sought the opinion of a certain Chicago Bears fan living in Washington, DC: Barack Obama.

As someone who has watched the president spend three years appearing annoyed over the concerns of organized labor, I was not surprised by his comments. But I was still upset. Obama said, “You’ve got owners, most of whom are worth close to a billion dollars. You’ve got players who are making millions of dollars…. When people are working to cut back, compromise and worry about making the mortgage and paying for their kids’ college education is that the two parties should be able to work it out without the president of the United States intervening.”

The news flash for reporters was that “Obama will not be intervening.” But for me, the part that made my eyes narrow was Obama’s repetition from the bully pulpit that all the problems in the NFL is about “billionaires vs. millionaires.” He might as well have said, “a pox on both their houses”

There are so many reasons why this is wrong and even more reasons why fans, labor activists and progressives should stand proudly with the players.

First of all, it’s a lockout, not a strike. The NFL Players Association has said repeatedly that they will play under the existing contract until a new agreement is reached. Amazingly, NFL Commissioner Roger Goodell says that this proves there needs to be a lockout. Goodell wrote, “The union has repeatedly said that it hasn’t asked for anything more and literally wants to continue playing under the existing agreement. That clearly indicates the deal has moved too far in favor of one side.” Keep in mind, this is a league coming off its most successful season in history. But for the owners it’s not enough. They want massive wage cuts and an extension of the season to eighteen games. If they don’t get it and if there is no extension, they will be locking the doors by midnight.

A March lockout might mean little to fans, but for players it constitutes a threat to their very health. An off-season lockout means that they will have no access to team trainers, doctors, or physical therapists. Remember, this is a league with a 100 percent injury rate. A March lockout also means that healthcare for players and their families is officially cut off. One player’s wife had her pregnancy induced last week so it would be covered by the NFL’s health plan.

Second, only one side is negotiating in good faith. The NFL owners claim a dip in profits, despite the league’s leviathan-sized success, but refuse to open their books and prove it. It boggles the mind. Imagine sharing revenue with someone in any business and your partner doesn’t let you see how much you are actually making.

In addition, Judge David Doty ruled yesterday that the NFL owners were not acting in good faith when they struck a deal with the television networks guaranteeing them $4 billion in event of a lockout. Doty even said that the NFL had left network money on the table in return for this lockout slush-fund. You have owners crying poor, yet they happily forgo money in return for a lockout war chest. Clearly they went to the same top business school as Wisconsin Governor Scott Walker.

Lastly, calling this “billionaires vs. millionaires” is a ridiculous act of moral equivalency where none exists. Here’s the reality. You have thirty-one of the richest people in the United States — people with generational wealth, people whose children’s children will make Tucker Carlson look like Big Bill Haywood — going against a workforce with careers that last just 3.4 years. It’s a workforce that draws almost exclusively from poorer socio-economic backgrounds. It’s a workforce that will die more than twenty years earlier than the typical American male.

And last I checked, no one except the seriously maladjusted, go to games to eyeball the owner’s box, no matter what megalomaniacs like Jerry Jones think. The players are the game, but they are being treated like pieces of equipment.

As Drew Magary wrote on deadspin—a website no one will confuse with thenation.com, “Make no mistake, if you don’t get to watch football next fall, it will be because 31 rich a- – – – – – – (and whatever cheese-and-sausage co-op owns the Packers) have decided that they aren’t rich enough. Period. Think about that. Think of everything that will be impacted simply for the sake of these 31 people… By the time the fall rolls around, there could be massive layoffs across all teams: secretaries, equipment managers, trainers, everyone. People who are decidedly NOT wealthy and who stand to gain nothing from any of these talks…. Regardless of how this s- – – plays out, starting tonight, this is all 100 percent the owners’ fault.” Magary could have added that it will affect every stadium concession worker, every restaurant worker, every last person who, in these dyspeptic times, depends on the stadium to eke out a living.

The NFL Players Association gets that they need solidarity from working people to win. That’s why they have issued statements supporting everyone from the public sector workers in Wisconsin to the trade unionists of Egypt. They know what side they’re on. I do too. The fact that Barack Obama doesn’t see it that way, only convinces me more that the players deserve our support. The historian Howard Zinn wrote famously, “You can’t be neutral on a moving train.” The train has left the station.

Dave Zirin is the author of Bad Sports: How Owners are Ruining the Games we Love (Scribner) and just made the new documentary Not Just a Game. Receive his column every week by emailing dave@edgeofsports.com. Contact him atedgeofsports@gmail.com.

This article was originally published on ZCommunications.org, from The Nation.