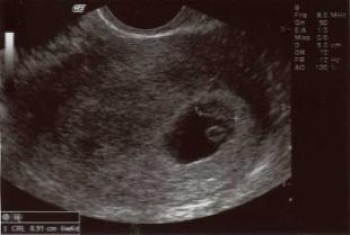 Ohio just might be the most ordinary state in America. It’s neither Republican nor Democrat, and neither especially poor nor especially affluent. It is, in all respects, average. But, in recent months, it’s been the battleground for a remarkably extreme and extraordinary fight.

Ohio’s “Heartbeat Bill” is part of a barrage of anti-choice legislation designed to circumvent the fact that abortion is legal by making it nearly impossible to obtain one. But, whereas other bills focus on cutting funding or creating obstacles to abortion, H.B. 125 takes a relatively new tactic: It aims to ban abortions outright if the fetus has a detectable heartbeat—which happens at around six weeks, before many women even realize they’re pregnant.

H.B. 125, which the House Health and Aging Committee narrowly passed on March 30, is backed by a gallery of stupendously theatrical activists. First, there is Janet Folger Porter, who helped to craft the bill’s language. Her previous projects have included “curing” homosexuality and a prayer for God to restore control of the media to Christians. Speaking for the bill, we have Melissa Ohden, who says her mother attempted to abort her and has built a career on her fetal experiences, and the duo of “testifying” fetuses whose heartbeats were broadcast over a speaker.

Pro-choice tactics have been more subtle. “We’re not trying to compete with the theatrics,” said Kellie Copeland, of NARAL Ohio, the day before the bill came to a vote. “The things that they’re doing trivialize what’s happening with women’s health.”

And so, instead of magical testifying fetuses, NARAL has relied on petitions, call-ins to legislators and running radio ads against sponsors. They have also brought in testimony against the bill from clergy, attorneys, activists, physicians, women who have had abortions and mental health professionals.

Other Ohioan activists are focusing less on H.B. 125 than on the long-term landscape of choice. In Cleveland, the Preterm Abortion Clinic initiative My Abortion, My Life focuses on telling the stories of women who have abortions. The project is aimed not at changing the minds of anti-choice activists, but rather breaking the silence of the millions of women who have had abortions, and destroying the shame which keeps them silent. Rather than shooting down any one of the numerous anti-choice bills, projects like My Abortion, My Life aim to create a pro-choice culture.

Unfortunately, H.B. 125 is only one of the hundreds of anti-choice measures that have been introduced this year. The fact is, anti-choice forces have managed to control the conversation by controlling the media narrative. And their huge, showy tactics—laughable though they might be—are effective.

The common sense and long-range strategies of Ohio pro-choice activists are invaluable. They are the only things keeping choice alive, and they’re responsible for every reproductive freedom we have today. Still, one can’t help but feel that, next time we’re in this fight, we should have something that can steal the spotlight away from a testifying fetus.