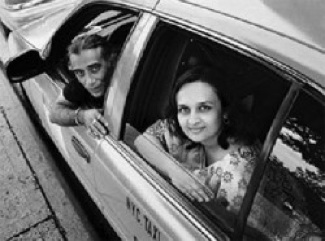 Women in top union leadership positions generally don’t get much publicity—in part because there aren’t that many to publicize, except in a few unions with large white-collar membership. Randy Weingarten in the American Federation of Teachers (AFT) and Mary Kay Henry of the Service Employees International Union (SEIU) do garner media attention based on the size and geographical scope of their respective organizations, plus, in the case of Weingarten, teachers being under fire everywhere.

The California Nurses Association (CNA) and other former independent unions that are now part of National Nurses United (NNU) have many fewer members than SEIU or AFT. But, thanks to the exceptional media savvy of CNA and strike activity of organized nurses, Rose Ann DeMoro, executive director of CNA and architect of the NNU, is often in the news.

Elsewhere, the glass ceiling for female trade unionists (and accompanying media invisibility) can be as formidable as ever. Mergers with a larger labor organization and/or union election defeat have lowered the political profile of female leaders of unionized flight attendants and journalists.  Recent magazine profiles have noted how it rare it is to find women like New York Taxi Workers Alliance founder Bhairavi Desai or Teamster activist Sandy Pope rising to prominence in the blue-collar worlds of cab driving or trucking.

As Lizzi Widdicome reports in The New Yorker, Desai “is an anomaly in the male-dominated taxi industry” in which “fewer than one per cent of drivers are women.” In the Teamsters, women comprise about 30% of the union’s 1.3 million members, yet there is not a single one on the 26-member international union executive board.

Throughout the U.S. and Canada, only 16 Teamster local unions are headed by women. One of them is Pope, a longtime union reform activist from IBT Local 805 in Queens, who is challenging James Hoffa for the Teamster presidency this year.

In a New York magazine profile last month, reporter Jennifer Gonnerman described what Pope’s working life was like during the late 1970s, after graduating from a truck driving school in Cleveland:

[H]auling steel meant being on the road for up to three days at a time, dropping off loads in Baltimore and Chicago, then turning around, picking up
another load, and driving back. It was a dirty, dangerous job for anybody, much less a 23-year-old woman with zero experience.

A few months later, Pope got a Teamsters job transporting auto parts for Ford [where] she was virtually the only woman on the road. Whenever she wanted to shower at a truck stop, a waitress would have to shoo away the men first. And, although most of her fellow drivers accepted her, she says, “every once in a while I’d get a jerk on the CB radio who’d say, ‘She should be lying on her back—not driving a truck.’

At the rank-and-file level, women who haven’t yet made it into the ranks of labor’s full-time officialdom still face many of the same hurdles that Pope
overcame when she gradually won acceptance on the job and respect within the union three decades ago. As labor journalist and union editor Jane Latour notes:

many blue-collar arenas remain contested terrain. Women still struggle to get training, to get jobs, and to secure a harassment free workplace. The women working in ‘nontraditional’ skilled blue-collar occupations, such as firefighting, law enforcement, maintenance, the mechanical trades, transportation and construction continue to face daunting obstacles. These obstacles in turn contribute to keeping their numbers low and their lives difficult…..

[F]emales enter these jobs by one and two and only against great odds do they remain there.”

Now available in paperback (rather than its original budget-busting $100 a copy hard cover edition), Latour’s 2008 book, Sisters in the Brotherhoods, is an indispensable account of efforts to open up blue-collar jobs to women. Organized around a series of oral histories of female construction, transportation, and utility workers in New York City, Sisters traces both individual and collective struggles against discrimination based on gender, which followed on the heels of litigation and enforcement seeking racial integration of the building trades.

It also draws on the author’s personal experience as a factory worker and, later, United Parcel Service package sorter:

As members of the Teamsters, some of us attended monthly union meetings  and sat together….[T]he men conducting the meetings for Local 177 never got past addressing everyone as ‘brothers.’ We never heard the word ‘sisters.” It seemed strange. Shortly after started having conversations , we decided that women had to organize.

The heroines of Latour’s story number more than two dozen in all. They are mainly diversity pioneers from the 1970s and 80s, who sometimes had to overcome their own inter-racial tensions while “making history simply by going to work every day.”

Latour’s narrative lends much support to the recommendations of the Institute for Women’s Policy Research (IWPR) in a report by Amy Caiazza titled “I Knew I Could Do This Work: Seven Strategies That Promote Women’s Activism and Leadership in Unions.” The IWP found that women in both white collar and blue collar unions still “experience a wide range of obstacles to their union-based activism, including lack of visibility in the leadership; fear of retribution as a result of union activism; discomfort with conflict and public roles; the time demands of union work; bias within unions; and lack of awareness of what unions do.”

Caiazza’s study called for more formal mentoring of female union activists, development of new leadership among them, and expanded “opportunities for women to strategize together” in “women-specific training programs, conferences, committees and networks at the local, regional and national levels.”

The union members in Sisters didn’t wait for their respective labor bureaucracies to provide such vehicles for mutual aid and support. As Latour did herself in Local 177, they created their own self-help and advocacy groups—like Non-Traditional Employment for Women, United Tradeswomen, Women Electricians, United Women Firefighters and others.

While the union-funded Coalition of Labor Union Women (CLUW) attracted far more media attention, these local groups had the virtue of greater independence from union structures. They provided “a space for women to meet and talk,” to share information about “sexual harassment, safety and health, affirmative action and job opportunities.”

When necessary, these caucuses also became a vehicle for direct action like United Tradeswomen’s picketing of the Javits Convention Center to protest exclusionary hiring there. The “organizing for equality” that Sisters describes
so vividly was bottom up and worker-driven—the model still needed today to achieve real change in unions, regardless of their gender composition.

Steve Early worked as a national staffer of the Communications Workers of America for 27 years. He is the author, most recently, of The Civil Wars in U.S. Labor (Haymarket Books).