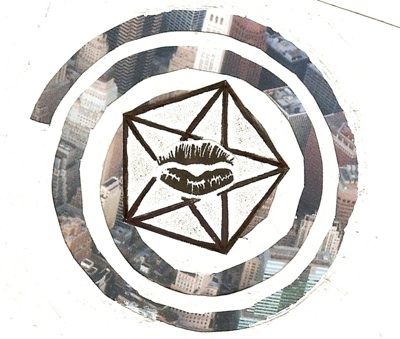 What’s a free spirit to do these days now that the public spaces of New York City have been sliced, diced and overly-regulated, specifically to discourage or even intimidate large numbers of us from coming together, spontaneously or otherwise?

You can no longer process through the city with 50 people or hang in a park with 30 — unless you obtain prior permission from the police. And don’t get me started on the park curfews that displace neurotics, poets and lovers from their traditional nocturnal haunts.

To make matters worse, city officials have reconfigured downtown counter-cultural hives to minimize swarms. They partitioned Tompkins Square Park into crowd-proof corridors and transformed the West Side piers from a fairly autonomous drop-in center for queer refugees to a heavily policed thoroughfare. In Washington Square Park, they just tore down the circular, tree-shrouded seating areas where musicians, dancers and agitators had gathered and replaced them with skinny, backless benches.

While numerous tactics can be used to reopen our public space, along with our public imagination, I’d like us to consider one in particular: the Spiral Dance.

The Spiral Dance is an archaic technology that implements body movement, song and intimacy to reorient participants to each other and their surroundings, to elongate their alpha brainwaves and awaken them to the pleasures of here and now. The Spiral Dance is ritual magick that can be practiced where it may be needed most: right here, in the capital of capitalism.

To initiate the Spiral Dance, you’ll need a witch. Preferably one who accessorizes her Whitmanesque beard with ruby-crusted stiletto heels. It can only help if your witch sings with a resonate baritone and rioted at Stonewall back in the day, because she will know firsthand that old paradigms can be cracked open and new ones nurtured when people come together en masse.

Encourage your witch to call participants into a circle, or something approximating a circle. With advanced planning — or smart timing — your circle should quickly swell beyond the 30- and 50-person rules and demonstrate the collective exhilaration that these rules prohibit.

Your witch ought to clasp hands with those on her left and right, and signal for others to do the same. Participants may now resemble the inhabitants of Dr. Seuss’s Whoville — if the Grinch had spiked their Christmas punch with acid.

Your witch, if she’s any good, knows what to do next. She should release the hand of the person on her right and step into the inside of the circle, so that she begins to trace a smaller concentric circle within it. She may swish, sashay or otherwise stylize her movement. Because she is connected to her left by a daisy chain of clasped hands, the entire outer circle eventually spins. Your witch may feel called to complete the smaller circle, or she may pivot sharply 180 degrees at a given point, so that she moves in close proximity to, but the opposite direction of, those who follow.

Rather quickly, spiral dancers will form a configuration that resembles a Celtic labyrinth or the small intestine. But because they’re both the objects moving through these corridors as well as the corridors themselves, they are even more dynamic — perhaps they are a supercell.

Until now, for purposes of clarifying movement patterns, I’ve omitted some basics. Prior to spiraling, it’s essential for your witch to teach participants a topical and easily remembered song of no more than four lines. Drummers should augment this song with seductive rhythms. The rationale is sound: repetitive beats and vocal chords massage vital organs and expand consciousness.

Spiral Dances are most enjoyable when part of a series of activities — say, a roving street party or the anti-summit that often coalesces around a trade ministerial. It should come as no surprise that, when spiraling in today’s world, you may find yourself surrounded by heavily armored cops. You and your witch must then recognize that a much larger dance is occurring — one which necessitates a higher order of spell-casting.

On such occasions, it is sometimes appropriate to escalate both volume and pacing. During this year’s Drag March, a quickened spiral was the first of several factors that led to an all-night takeover of Christopher Street. Just after we’d begun to dance, police ordered us to disperse. But the spell had already been cast. Revelers were linked together in a tropical storm that swirled around the street, the sidewalks and even the lines of police.

However, often enough, it’s advantageous to wind down the spiral. Five months after 9/11, the World Economic Forum came to town to push its neoliberal agenda under the guise of altruism. Hundreds of witches, dreamers and agitators determined that New York was in need of magick, and so, during a week of sometimes-raucous street activity, we spiraled together in the main hall of Grand Central Station. Twenty minutes later, countless riot cops had taken up positions around us, lining the balconies. We slowed our drums and feet, and then sat. The snap-crackle-pop of police radios was the only sound — until a witch began to sing “Amazing Grace.” A chorus joined her, and then two dancers successfully negotiated our exit.

If you’ve read this far and determined that the Spiral Dance just isn’t your thing, that’s okay. And besides, you don’t have to be a gender-bent witch to know that magick is being strangled out of New York’s streets, plazas and parks.

However, I do hope you recognize that, for millennia, we’ve manifested collective dreams through the ritual use of voice, drum, body movement, divine costumes, site alterations and sacramental offerings. And now, thanks to our lineage of visionaries, we have no shortage of augmentations to this ancient palette, including glitter and mobile hammocks. My fervent wish is that you will utilize these tools, as often as possible, to transform street corners into sacred turf and spectators into spell-casters.

Tim Doody’s writing has appeared in The New York Times and The Brooklyn Rail. For more of his work, visit timdoody.me.