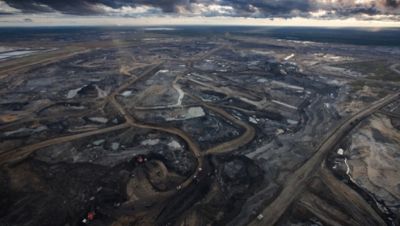 Not quite a year ago, NASA climatologist James Hansen joined hundreds of Appalachian coalfield activists, including Teri Blanton, Maria Gunnoe, Bo Webb, Larry Gibson, Mickey McCoy and Bob Kincaid at a sit-in in front of the White House, and called for the abolition of mountaintop removal mining.

In an extraordinary act of solidarity, Blanton and other Appalachian coalfield leaders will join the growing climate justice sit-in at the White House today, calling on President Obama to deny the TransCanada Keystone pipeline permit. Hansen, who has defined the pipeline decision as a litmus test for the Obama administration’s commitment to dealing with climate change, was arrested earlier this week.

“If this pipeline is built and they continue to mine tar sands the climate that I have enjoyed over my lifetime in Kentucky will forever be changed. It is already changing, and our people are drinking poison water and breathing unhealthy particles from the extraction, transporting, processing and burning of coal,” Blanton said. “We must take back our democracy and demand that decisions be made based on sound science, just as the President said he would. There is nothing sound about building a pipeline across our country.”

No one understands the reckless devastation from tar sands operations better than coalfield residents, especially affected residents in central Appalachia. Strip mining, in fact, takes place in 24 states across the country. If the White House can’t end the disastrous pipeline or mountaintop removal mining–an egregious criminal operation that provides less than 5 percent of our national coal production and has unleashed one of the most urgent humanitarian crises in our country–any just transition to a clean energy future seems dim.

Earlier this spring, Blanton and other Kentucky activists, including nationally acclaimed author Wendell Berry, invoked Martin Luther King Jr.’s call for civil disobedience in a sit-in at the Kentucky governor’s office, demanding an end to mountaintop removal mining. Yesterday, in fact, Blanton and a cadre of Appalachians stood before the Martin Luther King, Jr. memorial, where passages of the civil rights leader’s “Letter from Birmingham Jail” in 1963 remain as relevant as ever in an age of climate destablization and environmental injustice:

Injustice anywhere is a threat to justice everywhere. We are caught in an inescapable network of mutuality, tied in a single garment of destiny. Whatever affects one directly, affects all indirectly. Never again can we afford to live with the narrow, provincial “outside agitator” idea. Anyone who lives inside the United States can never be considered an outsider anywhere within its bounds.

As they take their place on the sit-in line today, Appalachian activists have also brought a new version of one of their celebrated anthems to the White House protests: Which Side Are You On, the famous labor ballad written for coal mining union organizers by Florence Reece in Blanton’s native Harlan County, Kentucky, in 1932:

Jeff Biggers is the American Book Award-winning author of Reckoning at Eagle Creek: The Secret Legacy of Coal in the Heartland (Nation/Basic Books), among other books. Visit his website: jeffbiggers.com.