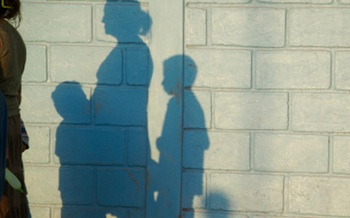 Welfare reform turned fifteen years old this week, but no one’s rolling out a birthday cake for the beleaguered program. What we know now is what many suspected would happen in 1996 when President Bill Clinton signed the Personal Responsibility and Work Opportunity Act, which he fatefully promised would end the program “as we know it.” The reorganization of welfare in 1996 and the creation of Temporary Assistance for Needy Families, or TANF, has been great at accomplishing two things: kicking people off of welfare, and making it easier for states to slash spending on the program. But when it comes to helping poor families get through tough times, it’s actually done very little of that.

Indeed, the program’s ostensible successes—the increased rate of enrollment in TANF during the recession hasn’t kept pace with the nation’s plummeting employment rate—point to its very deepest flaws. At the time TANF was enacted in 1996, seven in ten families living in poverty received cash assistance, said Pamela Loprest, director of the Income and Benefits Policy Center at the Urban Institute. Now, just three in ten families living in poverty are receiving help from the program.

TANF, experts have long said, hasn’t actually done much to help the nation’s poorest families survive exactly because it has been narrowly focused on work, and was never intended to alleviate poverty. And now, not only are more families in more need, but the work-focused program is ill-equipped to deal with the realities of life in an economy where there are so few jobs to be had.

Welfare reform created TANF, and with it federal time limits that never existed before that limited the number of years a family could receive cash assistance under the program. Welfare reform also gave states wide discretion to design their programs as they saw fit, with the principal aim of the program always being work, said Loprest.

That is, the program was designed to nudge, or pressure, people into getting work. States could choose how they’d fashion their programs, be it on job training and job search programs, or child care and education programs. Part of that meant that in order to receive cash assistance, families had to fulfill a number of work requirements, such as spending a certain number of hours a week doing specific job-related tasks like searching for jobs or enrolling in job training programs. Families that max out on their time limits or are “sanctioned,” because they fail to fulfill the requirements of welfare, get kicked off of the welfare rolls.

A significant number of those who’ve left welfare are typically very poor women who are single mothers and who either have themselves or take care of a person with a disability, Loprest said. These women often face severe health or emotional issues that make fulfilling welfare’s job requirements difficult. They’re caretakers and mothers who can’t afford child care—and the number one reason why they end up leaving welfare is because they’ve lost their jobs.

More than a quarter of TANF recipients deal with work limitations. That’s a rate that’s much higher than the general population, said Liz Schott, a senior fellow at the Center on Budget and Policy Priorities. More than 14 percent live with someone with a disability.

“The most vulnerable families are left behind, and they need more help, not less, but there’s less help available,” said Liz Schott, a senior fellow at the Center on Budget and Policy Priorities.

Welfare reform initially had two goals, Schott said, to function as a safety net and as a work program for the nation’s poorest families, and in this recession, it’s failed to function as much of either.

“In general cash assistance funded by TANF wasn’t a strong safety net,” Schott said, “and even though TANF was all supposed to be about work, it hasn’t been rethought in terms of the current economy.”

There have been some successful programs here and there, Schott said. Embedded in the Recovery Act in 2009 was a $5 billion emergency TANF fund that actually created jobs that went to a large number of black folks and women, who are disproportionately among those who are poor in this country, and among those who receive public assistance. Two thirds of states used their money to actually create subsidized jobs, and families started receiving wages instead of money from cash assistance. But even with a lot of bipartisan support, that program expired.

TANF is up for reauthorization at the end of September, and Schott and Loprest said that the program’s purpose and design are in need of some serious reevaluation. “We need to ask ourselves: what does a work based safety net mean in a recession when there isn’t any work?” Loprest said. “And, also what does it mean for those who have difficulty working at any time?”

Addressing the needs of the country’s poorest families is in the entire nation’s best interests, Loprest said, ticking off a series of negative impacts associated with poverty, from health to education and earning potential.

“We don’t like to talk about it, but a lot of women receiving public assistance are young women, and if they can be helped, that’s a lifetime of them not having the issues associated with poverty,” Loprest said. “It’s really an investment.