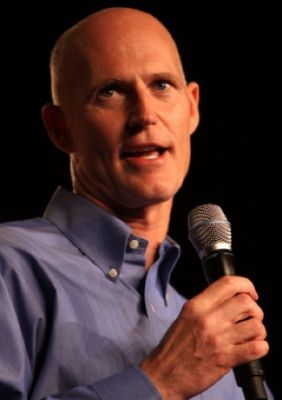 On May 31 of this year, Florida Tea Party Gov. Rick Scott enacted a law requiring all adult applicants for cash assistance from the state’s welfare system to pass a drug test before receiving any benefits.

Before signing the law, Scott made several references to people on welfare using drugs at a higher rate than the general population. Maria Kayanan, of the ACLU in Florida, called the law “patriarchal, racist and mean-spirited.”

According to Florida’s Department of Children and Families, only 32 applicants failed the test, while more than 7,000 have passed.

Applicants had to pay for the drug test up front and were reimbursed only if they passed the drug test. They also had to give the state permission to share any negative results with Florida’s Child Abuse Hotline.

The drug test can reveal a host of private medical facts about the individual, Scriven wrote, adding that she found it “troubling” that the drug tests are not kept confidential like medical records. The results can also be shared with law enforcement officers and a drug abuse hotline.

The judge also said Florida didn’t show that the drug testing program meets criteria for exceptions to the Fourth Amendment.

The injunction will stay in place until the judge can hold a full hearing on the matter. She didn’t say when that hearing will be scheduled.

Gov. Scott ignored a pilot study commissioned by the state that found the incidence of drug use among welfare applicants was extremely low. In Tuesday’s ruling, the judge wrote that the original study “debunked the assumptions of the State, and likely many laypersons, regarding TANF [Temporary Assistance for Needy Families] applicants and drug use.”

The lawsuit was filed by the ACLU. They’re also suing the state for ordering drug testing of new state workers and spot checks of existing state employees under Gov. Scott.

Gov. Scott has ties to the company that was oversaw the state’s sole contract for drug testing. In April, he sold off stock valued at $62 million in Solantic Inc., the company he founded in 2001, according to the St. Petersburg Times.

This article was originally published by ColorLines.