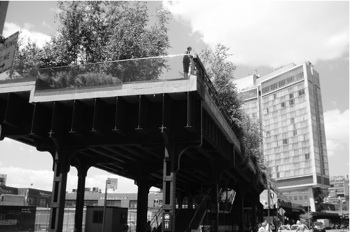 The legal reasoning that allows members of the Occupy Wall Street movement to lay claim to Liberty Park (or Liberty Plaza Park, as I would prefer to call it) is confusing enough to leave all but the most studied lawyers scratching their heads. In a deal with the city dating back to 1968, the park’s builders agreed to make the privately owned and managed plaza open to the public 24 hours a day, in exchange for a zoning variance that allowed them to construct a building higher than was normally allowed. In an ironic twist, the protesters have had a far easier time occupying a privately owned public space than they would have if they had tried to set up camp in a city-owned park that would be subject to the whims of Mayor Michael Bloomberg’s administration.

Had the OWS movement happened a few months earlier, it would have made a great case study for the activists, organizers and academics interviewed in the short documentary film Open to the Public? produced by the Paper Tiger Television media collective. The continuing encroachment of private interests on public spaces is thoroughly examined in the piece, which illuminates the tangled web of parties, desires and practices that define public space and our expectations about access to it. (I, for one, burn with quiet rage at the sight of the massive Fashion Week tents erected in Bryant Square Park in service to crass and empty commercialism at the expense of public access to the land.)

The breadth of Open to the Public? is impressive, and the film goes so far as to delve into the predominating psychogeography theory of the Prohibition Era that drove the design of some of New York City’s great parks. While the film makes note of Jane Jacobs and Robert Moses, Paper Tiger also spends time examining the less known urbanist William H. Whyte, the author of City: Rediscovering the Center, who drew inspiration from Jacobs, but had a clear paternalistic streak in his desire to rid parks of so-called “undesirables.” By Whyte’s estimation, this demographic consisted of muggers and other criminals, but also included the poor and drug-addicted. But the recurring story of public space is that of the tension between the people exercising their free will in deciding how public spaces will be used, and the state, which has often resorted to violent force to police the use of parks and other common areas.

A relatively recent development within this relationship is the rise of the management of public space by private business associations, manifested in New York City as Business Improvement Districts, or BIDs. Driven foremost by the business interests of their members, BIDs’ desire for public spaces has often proven to be at odds with those of the larger public. Especially frightening are the powers granted to private security employees hired by BIDs, which at times exceed even those of the New York Police Department, with none of the admittedly lacking oversight that the NYPD is subjected to. BIDs have also redesigned public spaces to limit the use of infrastructure by the homeless, for example, altering benches to prevent people from being able to lie down on them. The French novelist and journalist Anatole France once cynically noted, “The law, in its majestic equality, forbids all men to sleep under bridges — the rich as well as the poor.” But it doesn’t take a tremendous logical leap to understand that bench redesigns and vagrancy laws affect those least able to defend their right to public space.

Having fended off a de facto eviction once already, the OWS participants will likely be challenged again by police, who will either act with or without the blessing of park owner Brookfield Properties. But there is tremendous hope in the resilience the occupiers have shown, and as the group evolves, defines and redefines itself, so too will its relationship to Liberty Plaza Park. As Ethan Kent of the Project for Public Spaces says in the film, “Public spaces should never be static, should never be finished. They should be platforms on which communities continually recreate themselves and define themselves.”

Open to the Public? is available to purchase, rent or watch online at blog.papertiger.org. To schedule a screening of the film, contact Paper Tiger TV at
info@papertiger.org.