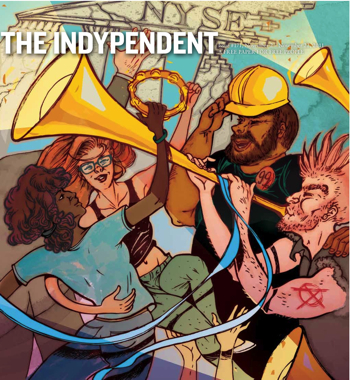 As the Occupy Wall Street movement has grown from a local to a national and now international struggle against corporate greed, the Indypendent brings you a special issue examining the current state and future of the movement.

In the broader view, we examine the different strategies for “Policing the 99 Percent”

Public space, and the privatization of it, have played an important role in the Occupy Wall Street Movement. Rahul Chadha reviews “Open to the Public,”  a documentary examining the evolving  struggle to maintain public space.

As the Occupy Wall Street movement has grown, so has organized labor’s support for it. Ari Paul examines the growing connections between OWS and labor.

You can check out other articles from the new issue here.