Occupy Wall Street found a new home on Dec. 6 — not a new park, plaza or square — but a house. Just weeks after the eviction from its encampment in the financial district, around 1,000 occupiers and local community members braved the rain to take a foreclosure tour of the East New York neighborhood of Brooklyn, concluding with a celebratory block party as once-homeless community organizer Alfredo Carrasquillo, together with his wife and two children, reclaimed a vacant home (see photo essay, p. 2). It was one of many anti-foreclosure and anti-eviction actions taking place in communities across the United States that day.

As the march passed, I heard a local woman say, “This was a long time coming.” 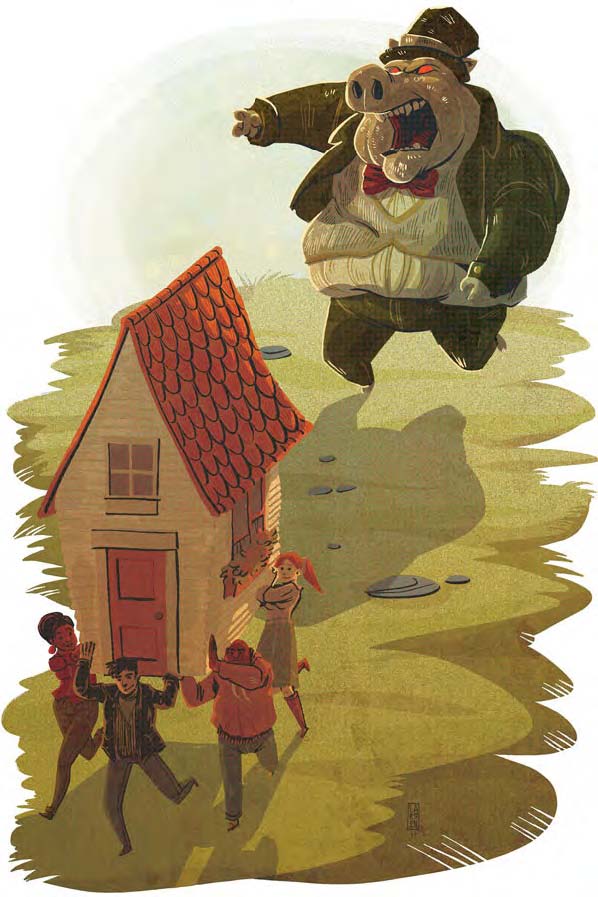 For those of us who have been organizing and reporting on Occupy Wall Street for the past few months, the afternoon was a reunion of familiar faces, of people who used to see each other daily at Liberty Plaza. But more visible than usual at Occupy Wall Street actions were collared clergy and members of the State Assembly and City Council. Together with locals and organizers from the NYC General Assembly’s Direct Action Committee, they were leading the marches and calling out the chants — all through the people’s mic, of course, megaphone-free. Along the way, staffers from groups that were once anticipating from afar what Occupy Wall Street would do were now busily coordinating the action; among these were Van Jones’ Rebuild the Dream, New York Communities for Change and Organizing for Occupation.

This, it seems, is our clearest glimpse yet of what Occupy’s “Phase II” will look like.

The General Assembly and its related working groups are only able to do so much on their own. Without the focal point — or, to some, distraction — of an encampment, the movement’s actions will rely more on coordinating with institutions that are firmly entrenched in neighborhoods where it works. Despite the Occupy movement’s leaderless structure, this also means working with the leaders of these institutions.

While occupiers have almost always welcomed the support of outside organizations cheerfully, during the Occupy Our Homes march I heard grumbling among some who have had negative experiences with this or that public figure, or who are suspicious of traditional institutions as a whole. A City Council member might stand with the movement one day, but what will she expect from it on election day? And how far will a given nonprofit go with civil disobedience before it starts to scare away funders? These are new questions that the Occupy movement will have to face.

The answer, though, seemed clear to me when I passed an activist running from the soon-to-be-reclaimed house on Vermont Avenue with a drill in his hand — which presumably had been used to bypass the lock. With the march came a team from Occupy Wall Street’s sanitation committee to clean up inside the house. Outside, the occupation’s library and kitchen set up shop, along with teach-ins and a piñata. The answer I had in mind, that is, is direct action. As long as this movement keeps nonviolent acts of resistance at its center, refusing to wait for the powers that be to approve of the undertakings it deems necessary, it will be far less corruptible. Politicians and nonprofits will join the cause not so much because they see a comfortable opportunity for themselves but because they can’t afford not to.

That’s exactly what appears to be happening in Phase II, even more so than in Phase I. As occupations around the country are hardened by the experience of forced eviction, they’ll likely be less receptive to the kind of coddling by politicians that took place in some cities early on. The spirit of direct action is spreading. David DeGraw of OWSNews.org told me that he was getting text messages from all over the country Dec. 6 like this: “I just removed a newly changed lock off of a house to let original owner back in. My Leatherman rules!”

Furthermore, without the need to oversee encampment sites, the attention of Phase II is much more carefully oriented around the very means by which the movement’s corporate opponents perpetuate themselves: foreclosed homes, ports and rampant consumerism. Foreclosures, as the ground zero of the 2008 financial crisis, are a fitting place to start. They’re also where the often abstract machinations of Wall Street hit home for many Americans. By preventing them, or reversing them, the movement will find new allies who were less moved by the earlier talk of ending corporate personhood or imposing a Tobin tax. Many see this kind of work as an important next step in preparation for the spring and the challenges that will come with an election year.

This was a foregone conclusion for the May 15 movement in Spain, which has served as a source of inspiration to many Occupy Wall Street organizers. On Dec. 6, I talked about this with Monica Lopez, who is part of the Spanish movement and has been at Occupy Wall Street since the beginning. The Spaniards started doing anti-eviction work almost immediately, because families participating in the movement were facing eviction.

“As soon as a family got a notice that they were going to be evicted, we would all get ready to make an appointment for where we [were] supposed to go.” She flashed a mischievous smile. “We showed up, hundreds of people, every single day that it was happening.” They eventually created a text message alert system, and anti-eviction actions continue to happen all over Spain.

Knowing that some fear Occupy Wall Street might be in decline, I asked her whether this kind of work helped the Spanish movement grow after it was no longer occupying public squares. “Yeah — how can it not keep growing? I mean, this is for everybody,” Lopez said.

That much was clear from the scene in East New York, where the movement’s demographics suddenly shifted as it moved out of the financial district and into one of Brooklyn’s poorest neighborhoods. Looking out over the crowd, Councilmember Ydanis Rodriguez observed, “After the eviction, the movement has got more color!” Since Occupy Wall Street has often been accused of not being welcoming enough to those hit hardest by the recession and the resulting austerity measures, this difference means a lot.

New communities and new organizations, of course, mean new complications for an already messy movement. But if it can keep building momentum this way, by speaking and acting on behalf of people’s most vital needs, it will always have a home somewhere.

Nathan Schneider is an editor at WagingNonviolence.org, where an earlier version of this article was published.