When 24-year-old James Holmes walked into the Century Aurora 16 movie theater last week, he was prepared for war. For starters, he was armored. He wore a ballistic helmet, a gas mask, body armor, metal shin guards, ballistic leggings and armored boots. He was also armed to the teeth. He had two semiautomatic Glock .40-caliber handguns, a Remington 870 Express Tactical pump action 12-gauge shotgun and a semiautomatic Smith & Wesson M&P 15 rifle. The M&P is an AR-15 style rifle, the civilian version of the military’s M-16. The only functional difference is the civilian version does not fire on full automatic, but instead fires as fast as you can repeatedly pull the trigger. Holmes’ M&P 15 had a high-capacity drum magazine that held 100 rounds. He had prepared for the shooting by buying 6,000 rounds of ammunition online.

This entire arsenal was obtained legally. The two instant computer background checks that Holmes underwent to obtain the guns probably took a matter of minutes. The magazines and ammunition took no background check at all. Neither did his body armor.

With this firepower, Holmes shot 71 people in just two minutes, killing 12. Two minutes. Among those killed were Navy Cryptologic Technician 3rd Class John Larimer, 27, and Air Force Staff Sgt. Jesse Childress, 29. Another airman and sailor were also injured in the attack. Members of our armed services are used to being in harm’s way — overseas. But it’s unfathomable to think that we’ve reached a point where this type of attack can occur — and so seemingly routinely — on our own soil. 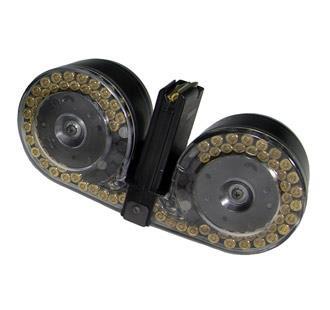 The National Rifle Association sends messages out of both sides of its mouth regarding the military-style firepower that its lobbying has made widely available on the civilian market. When NRA spokespeople talk to mainstream America, they tell us that assault rifles are actually “modern sporting rifles” — as if an AR-15 with a 100-round magazine has any legitimate “sporting” purpose. When they talk to their base in the pro-gun movement, however, the message is far different. Then, their anti-government rhetoric is unleashed, and they preach that the Second Amendment provides individuals with the right to shoot and kill government officials when they sense “tyranny.” They preach that such “Second Amendment remedies” are the only thing safeguarding the rest of our freedoms. And those that embrace this extreme rhetoric will tell you that you don’t bring a knife to a gunfight. Their preparation for war with our government involves the stockpiling of the same types of high-powered firearms utilized by James Holmes.

Holmes, of course, had a different goal in mind: mass murder. Whereas Jared Loughner attempted a political assassination last year in Tucson, Holmes simply wanted to kill civilians, indiscriminately. And he was more than happy to utilize the battlefield weapons that were available to him through popular chains like Bass Pro Shop and Gander Mountain.

Whether it’s a deranged killer or someone who thinks “the guys with the guns make the rules” in our democracy, the bottom line is they have the firepower at hand to strip the rest of us — in a matter of minutes — of our inalienable rights of life, liberty and the pursuit of happiness. This arms race is being fueled by an organization that encourages citizens to build political power not through the nonviolent forms of civil resistance that have prevailed against tyrannies all over the world, but by the barrel of a gun.

There is much we still don’t know about the Aurora gunman. It is doubtful that James Holmes suddenly woke up on Friday morning and decided to commit mass murder, however. Whatever the case may be, we will need to have a serious discussion about the obvious flaws in our background check system for gun buyers — which should have been addressed, but weren’t, after Jared Lougner purchased guns legally prior to the massacre in Tucson. But what needs to be of immediate concern to all is the increasing militarization of the American gun market and the rhetoric that supports it. This presents a pressing danger to anyone attempting to build a more peaceful, less violent society.