2012 has been a memorable year and at The Indypendent we have been busier than ever – covering grassroots movements that are changing the world, exploring big ideas that help us see the world anew and bringing forward the voices and the lived experiences of those who struggle for justice and dignity outside the eye of the mainstream media.

Below are 52 of our best stories from 2012 – one for each week of the year – from Hurricane Sandy and the rebirth of the Occupy movement to grassroots struggles for justice across New York City and around the world. We hope you enjoy reliving 2012 through the pages of the Indy as much as we did. Heading into 2013, we look forward to doing more great work, but we need your support now.

Can you give $25, $50, $100 or more? We count on readers like you for half of our annual revenues. Whatever gift you make is a tremendous help .

Thank you for your generous support, 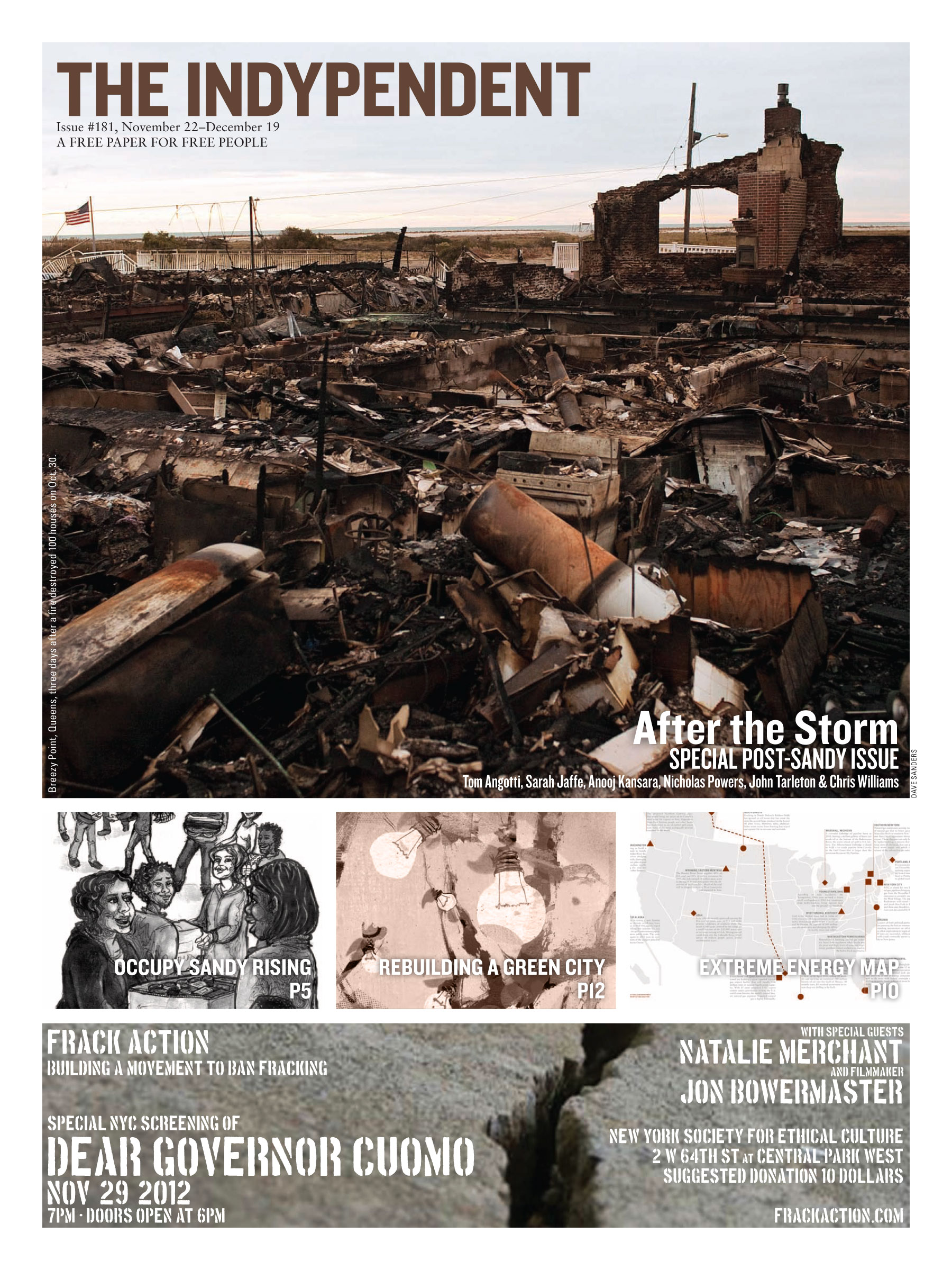 “The Day After Hurricane Sandy” by Nicholas Powers

“For Sandy’s Responders, Saying Thanks Isn’t Enough” by Ari Paul

“On the Waterfront” by Tom Angotti

“Battle for the Rockaways: Hope Emerges Amid the Ruins” by Laura Gottesdiener

“Reporter’s Notebook: Inside the Doha Climate Conference” by Renee Feltz

“How to Succeed in Reoccupation Without Really Trying” by Nathan Schneider

“Tales of a Student Loan Survivor” by John Tarleton 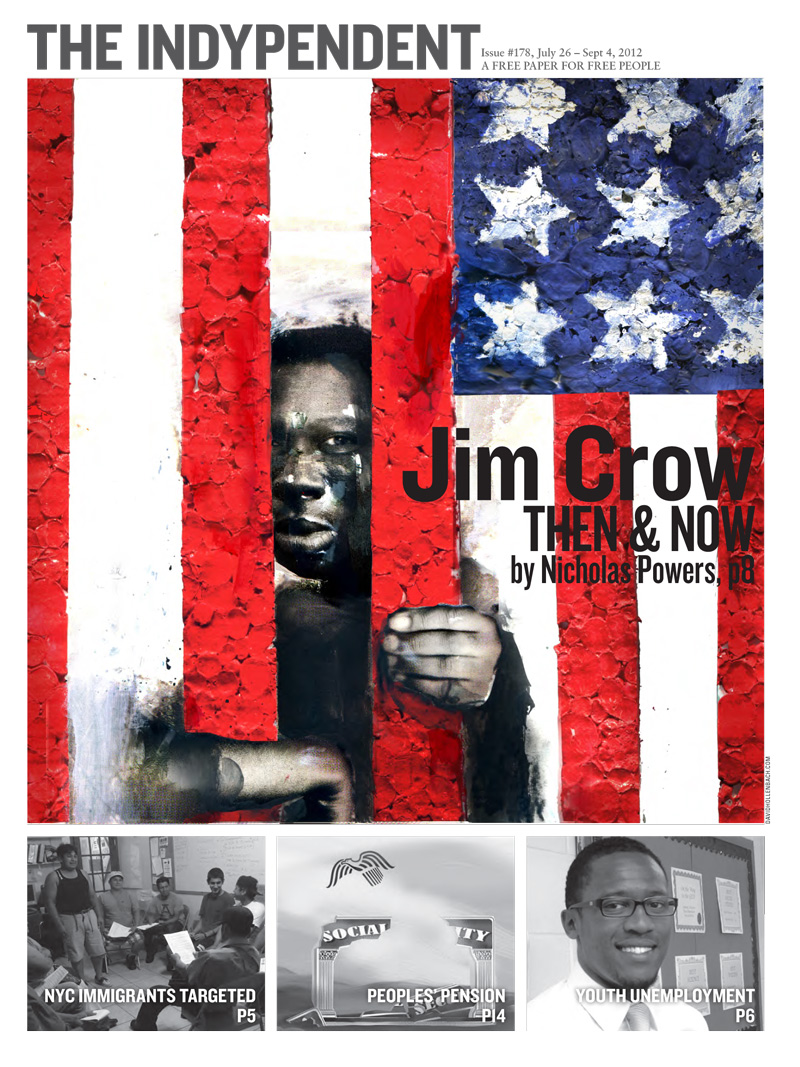 “Your Daughter Has Been Arrested” by Agnes Johnson

“To Be Young, Targeted and Black” by Mike Newton

“Her Song in a Pill” by Nicholas Powers 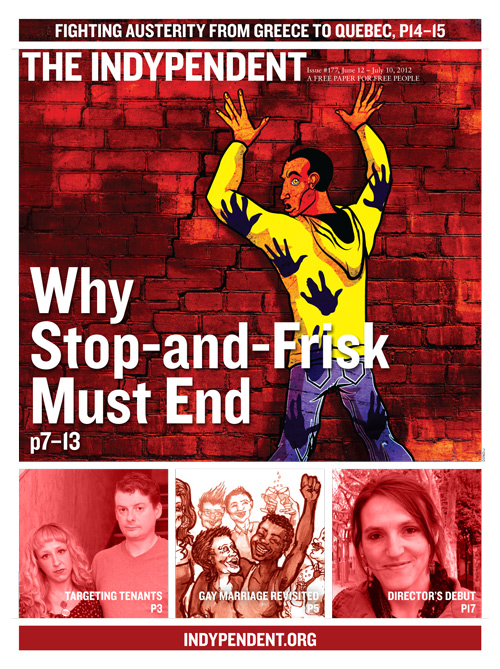 “Cornered: How the Grid Continues to Shape New York” by Irina Ivanova

“Revolution You Can Dance to” by Irina Ivanova

“If I Had a Hammer” by Jane LaTour

“How Real Estate Splits the Labor Movement” by Ari Paul

“Renters in the Hands of a Corrupt Senate” by Steven Wishnia

“Groceries for the Rich, Diesel Fumes for the 99%” by Alina Mogilyanskaya

“Food for Thought: An Interview with Anna Lappe” by John Tarleton 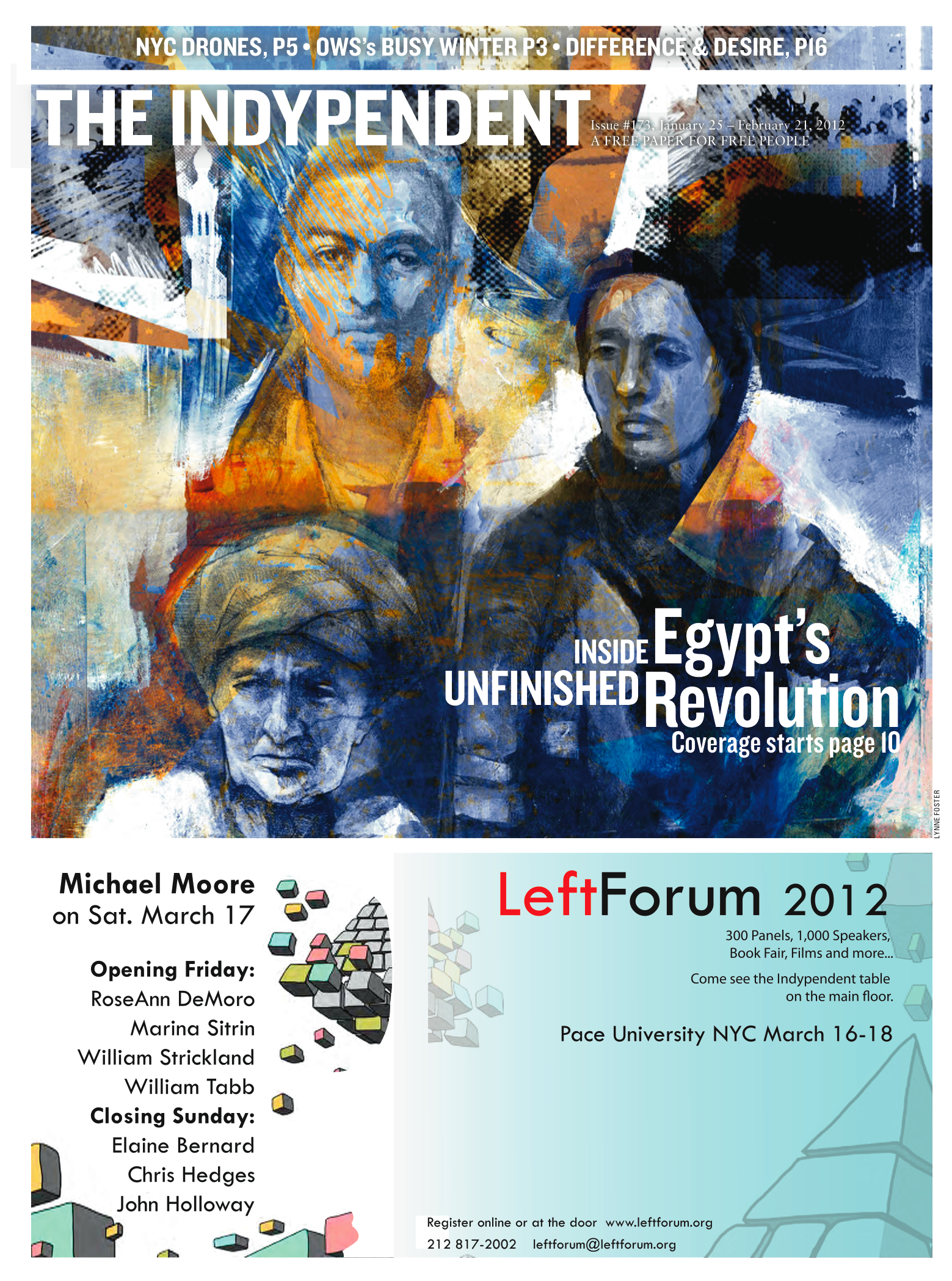 “Egypt: A Year After Tahrir” by David Enders

“Greece Between Austerity and Fascism” by Chris Spannos

“Living Under Drones by Elizabeth Henderson

“Walking Away from the Black Church” by Ai Elo

“Love Without Boundaries” by Ichi Vazquez

“When Domestic Violence Hits Close to Home” by John Tarleton