On the evening of November 20, some 200 immigrants and advocates gathered in SEIU Local 32BJ’s Chelsea headquarters to watch President Obama announce his much-anticipated executive action on immigration in prime time. The media had been called in, pizza and beverages had been bought and American flags and art supplies had been set out. As Obama spoke, some of the children in the room made signs with messages about immigration. A pair hanging on the wall read, “Gracias, Señor Presidente.”

After Obama finished describing his offer to provide temporary relief from deportation for some 4 million of the nation’s estimated 11 million undocumented immigrants — so long as they “get right with the law” — he proclaimed, “We were strangers once too.” The line prompted scattered applause from the crowd, but the mood was uncertain.

It reflected the ambiguous nature of Obama’s reforms. He is extending temporary relief from deportation to undocumented immigrants with U.S. citizen or legal permanent resident children that have been in the United States for at least five years, as well as to an expanded set of childhood arrivals not covered under the Deferred Action for Childhood Arrivals program of 2012. But the gesture excludes more than 6 million undocumented people, and leaves them — along with more than 13 million green card holders and countless future immigrants — even more vulnerable to the vagaries of U.S. Immigration and Customs Enforcement (ICE).

“Those who aren’t eligible for deferred action will face a harsher enforcement regime,” said Alisa Wellek, co-director of the Immigrant Defense Project. “That’s what we’ve seen every time there’s been some kind of reform at the national level: the people who are left out of it are then left with a system that’s really lacking in due process and human rights.” 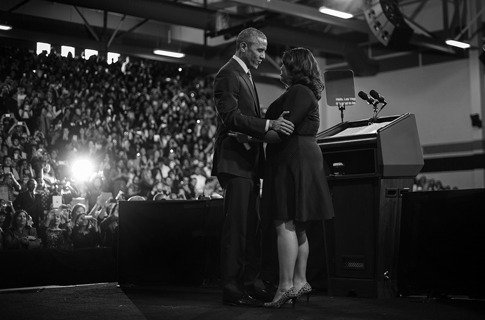 President Obama embraces Astrid Silva, a 26-year-old undocumented college student, at a rally in Las Vegas one day after he announced his plan to provide temporary relief from deportation for 4 million immigrants. Photo: usnews.com

In New York City, about half of the city’s estimated 500,000 undocumented immigrants stand to benefit from deferred action. Obama’s move also comes on the heels of multiple immigrant-friendly policy changes in the city: the municipal ID program, funding for legal representation for low-income immigrants in deportation proceedings, and, effective mid-December, a pair of laws that will further limit cooperation with ICE “detainers,” or requests for local law enforcement to hold suspected immigration violators.

“New York City has put into place as much as I can think of, in terms of things the city can proactively do, to limit deportations happening,” said Daniel Coates, an organizer with Make the Road New York. “I hope those safeguards hold up. But it remains to be seen.”

“We’re going to keep focusing enforcement resources on actual threats to our security. Felons, not families,” Obama declared in his November 20 speech. “Are we a nation that accepts the cruelty of ripping children from their parents’ arms?”

That night, Khalil A. Cumberbatch watched the speech from his living room in Springfield Gardens, Queens, with his 7-year-old daughter. He had been reunited with his wife and two young children in October after being arrested by ICE and spending five months in immigration detention.

“The Obama action is a band-aid. It doesn’t get at the heart of the problem, which is the need for these policies to constantly criminalize and punish a group of people,” said Cumberbatch.

Obama’s offer of deportation deferral comes with a revised set of guidelines for federal immigration agencies, including ICE. Directives issued by the Department of Homeland Security instruct ICE officials to use discretion and prioritize resources for the removal of immigrants with a previously established range of criminal convictions, newly arrived immigrants and those with prior deportation orders. The contentious Secure Communities program is to be replaced with what is being called the Priority Enforcement Program (PEP), and more resources will be funneled toward enforcement at the U.S.-Mexico border.

Cumberbatch recalls that in the early morning of May 8, his wife, Chamika, saw what looked like police officers outside the couple’s apartment window. The agents, sporting vests marked “police,” came to the Cumberbatchs’ door, said they were conducting an investigation and asked to be let inside. Once in the apartment, they arrested Cumberbatch, took him away in an unmarked car and, after processing, transferred him to immigration detention at the Hudson County Correctional Facility in New Jersey.

“I was totally sideswiped by the fact that they had total disregard for how long I had been here, everything positive that I had done, the fact that I had a family, I had two young children. They didn’t care about any of that,” Cumberbatch said.

Cumberbatch has been a legal permanent resident since he immigrated to the United States from Guyana at the age of 4. ICE targeted him because of a felony conviction on his record from an armed robbery he committed when he was 20 years old.

Since coming out of prison, Cumberbatch, now 33, has completed two degrees, started his own company and worked on a range of prisoner reentry and criminal justice projects. He was able to win his release from immigration detention with help from his family, advocates and community organizers, and based on what he calls “a moral, not legal argument” that he is a positive force in the community and not a threat. But Cumberbatch falls into the category of first priority for deportation under PEP, which means mandatory detention and placement into deportation proceedings. Apart from the legal precedent of his previous release, there is little to protect him from another visit by ICE agents. 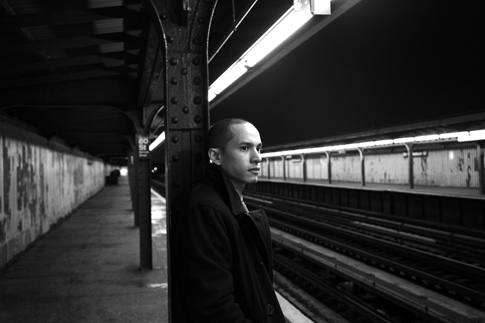 “I feel anxious, because they granted what is called prosecutorial discretion,” said Cumberbatch. “Basically it means that they can come back at any time to do the same process all over again.”

Raids on the Rise

“Over the past year we’ve seen a real uptick in home raids and probation arrests,” said Wellek. She and other advocates also describe anecdotal evidence of immigrants being arrested in public spaces such as city courthouses and homeless shelters, and of ICE going after people with years- or decades-old criminal convictions who have not had subsequent contact with the criminal justice system.

As outlined in the recent National Day Laborer Organizing Network report, “Destructive Delay,” similar ICE tactics — including agents coming to people’s homes in vests marked “police,” as they did in Cumberbatch’s case — have been observed around the country in the run-up to Obama’s immigration enforcement reforms.

That has been particularly noticeable in the more than 250 locales that have passed detainer bills. Now that a new round of such laws was passed in New York City, ICE is being forced to shutter its office at Rikers Island and the New York Police Department and Department of Corrections are prohibited from detaining most people at ICE’s request or notifying the agency about someone’s release. The city’s Department of Probation, notably, has also agreed to amend its policy in accordance with the laws.

Immigrant rights advocates widely expect that ICE will continue to evolve its tactics. “[The detainer legislation] puts a further barrier to ICE’s easy access to people who they want to remove,” said Donald Anthonyson, an organizer with Families for Freedom, a Manhattan-based organization that fights deportations. But he was less than optimistic about what will come next. “They’re going to use a lot of dirty tricks,” he predicted.

“They could be making regular visits to the jail [Rikers], and trying to get more access to people as they might be coming out,” said Alina Das, co-director of New York University’s Immigrant Rights Clinic. “They might be trying to figure out other ways to increase their presence in courts and other offices, even without city agencies notifying them that they have someone who is potentially deportable.”

Neither the city’s detainer laws nor the Obama administration’s revised enforcement guidelines disrupt the data-sharing mechanisms that allow ICE to identify potential targets for deportation. The agency will still have access to fingerprint data that is collected as soon as any arrest happens and to other information sources.

More than that, ICE’s budget and the “bed mandate” quota, which compels the agency to have more than 30,000 people in detention on any given night, remain unchanged.

“It’s the same detention and deportation machine,” said Wellek. “This is just going to be changing the mechanism by which people are going into it.”