The Indypendent
Menu
A Free Paper for Free People
Early Wednesday outside Sen. Charles Schumer’s Manhattan office, three hundred people gathered to demand the halting of Spectra's AIM pipeline. A group of 15 activists were arrested after initiating a sit-in on the sidewalk, vowing not to move until Schumer responded.
AIM, short for Algonquin Incremental Market Project, is a natural gas pipeline currently being constructed near Indian Point nuclear plant on the Hudson River. There are roughly six pipeline malfunctions a week in the United States, according to data from the Pipeline and Hazardous Materials Safety Administration and residents in the area surrounding the plant are worried for their safety.
"There is simply no safe way to put this pipeline into operation next to Indian Point," said Nancy Vann who lives near the Indian Point and joined the rally. 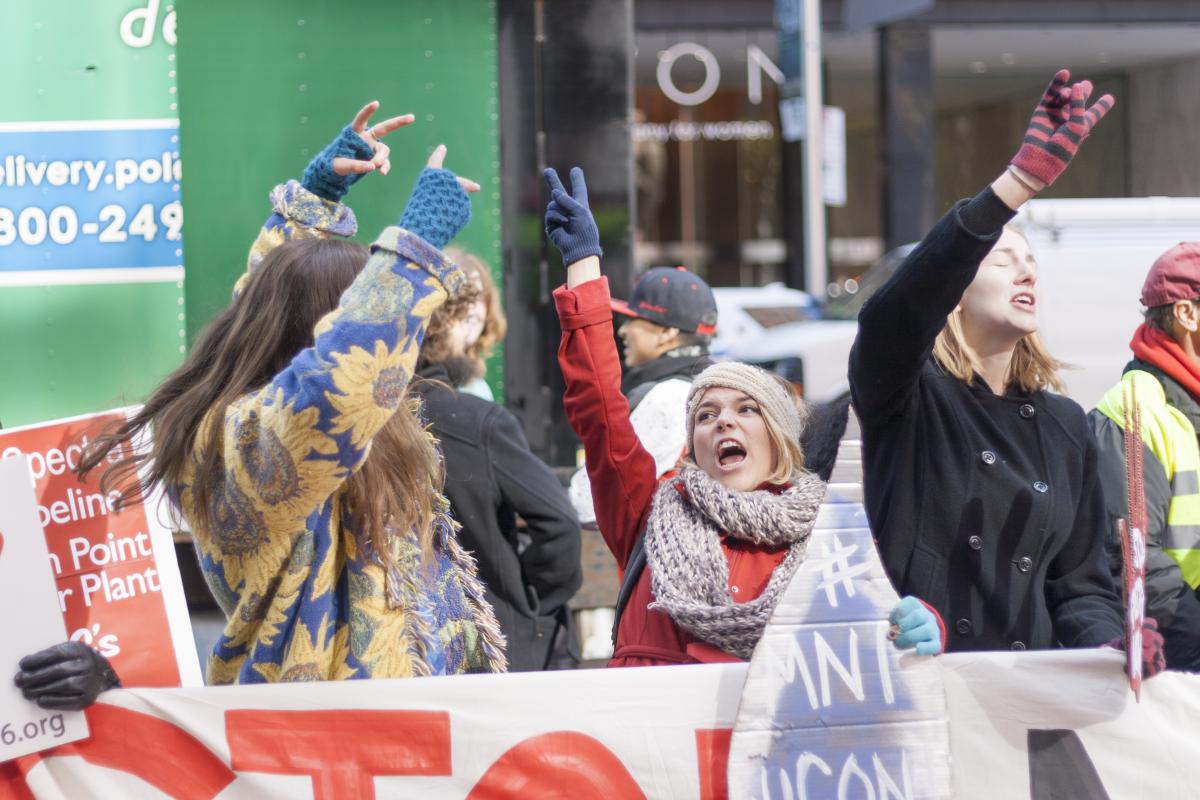 If completed by Nov. 1, as planned, AIM will carry approximately 342 million cubic feet of gas to Boston and other ports in Connecticut, Rhode Island, and Massachusetts.
Wednesday's protest was part of a coordinated series of rallies that occurred across all of Schumer’s offices in New York State and Washington, D.C. Demonstrators rallied against AIM in Massachusetts, as well.
Schumer and his colleague in the senate, Kirsten Gillibrand, have come out against AIM. But environmentalists want themto to exert more political pressure on the Federal Energy Regulatory Commission (FERC), which oversees interstate gas-pipeline developments. 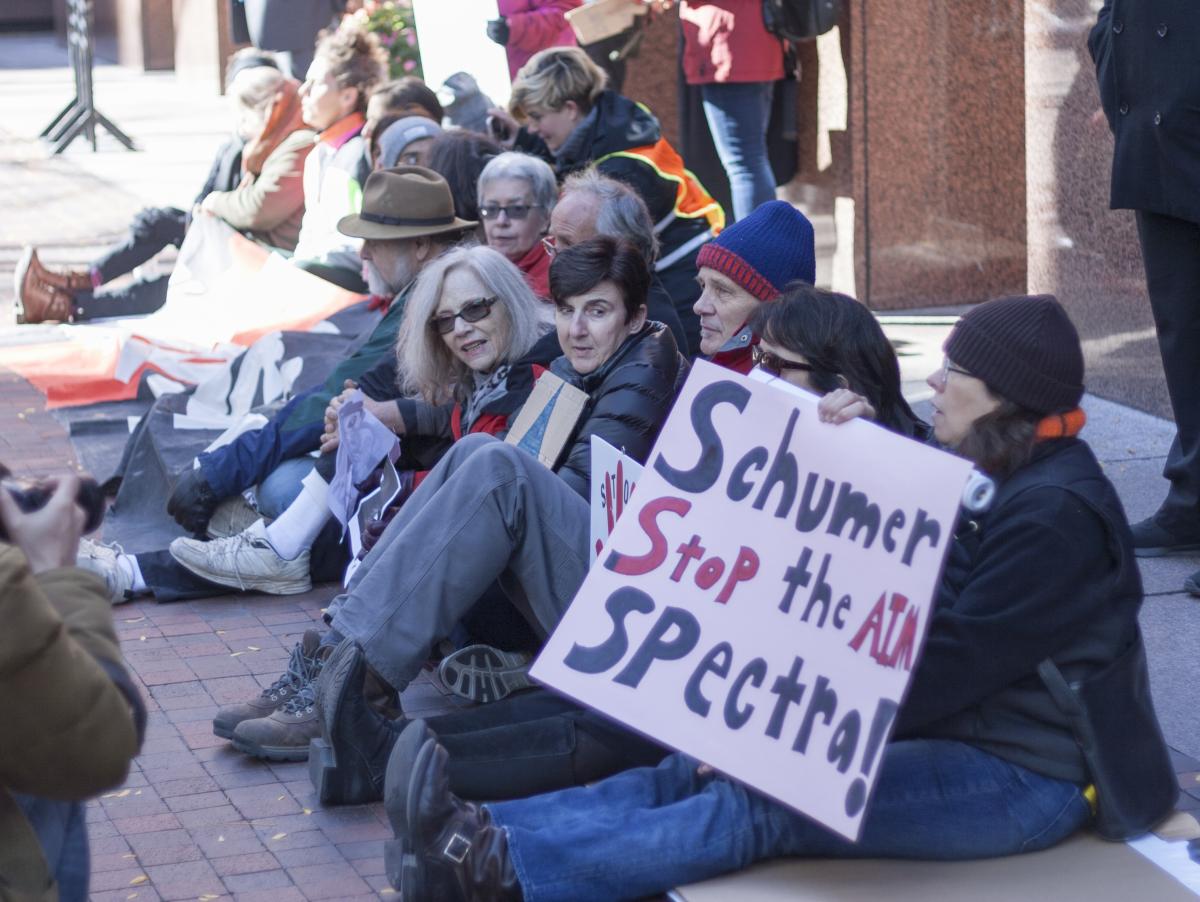 “We ask that Senator Schumer step up his opposition to the Spectra AIM Pipeline before it’s too late," said Andra Leimanis, speaking at a rally outside Schumer's office in Syracuse. "It’s time to go big: call President Obama, hold press conferences alongside others in Congress who have constituents endangered by FERC’s reckless pipeline approvals.
"Building more pipelines when we need to be rapidly reducing the amount of carbon and methane released into the atmosphere is dangerous. Building a pipeline next to an aging nuclear facility is insanity.”
RELATED:
The Pipeline Cometh by Wendy Sol
New York Pipeline Battles Multiply by Peter Rugh