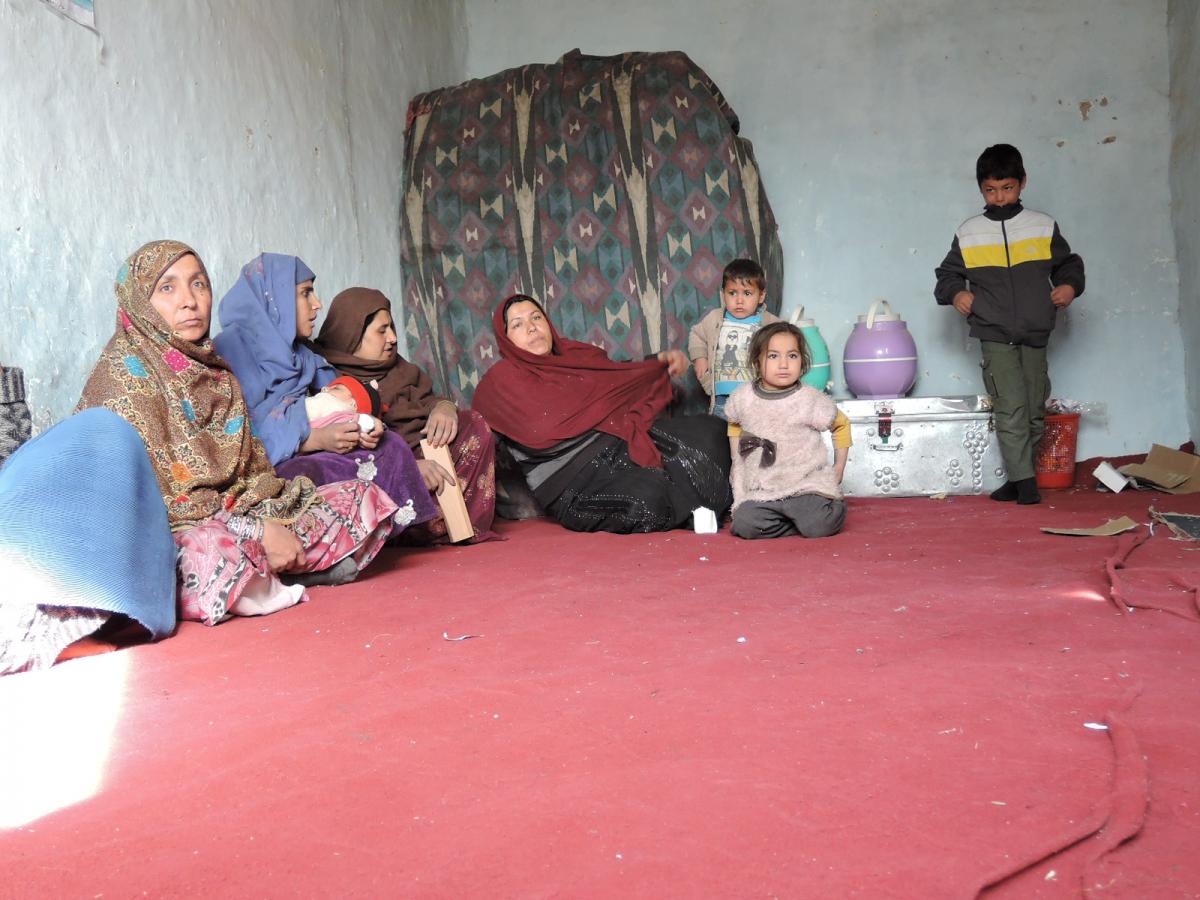 December 10th marks the U.N. Human Rights Day, celebrating and upholding the indispensable and crucial declaration of universal human rights.On the eve of this event, I visited a refugee camp housing 700 families in Kabul. Conditions in refugee camps can be deplorable, intolerable. Here, the situation is best described as surreal. As I approach the entrance to the camp with my friends Nematullah, Zarghuna and Henrietta, we are overcome by the stench emanating from an open sewer filled with filth. I ask myself, "Can this be real?"

Inside the camp, primitive mud huts are separated by narrow walkways. When the inevitable snow comes, the ground inside and outside the homes will be muddy until the mud freezes.  Plastic has been placed over some of the doors and roofs, in hopes of providing insulation from the coming cold. Mothers in the camp tell us winter months are unbearably hard. Children become sick at the onset of winter and they don’t recover until spring arrives. People burn plastic, boots, clothing, and water bottles for fuel, but when those resources are depleted, they rely solely on heavy blankets to protect them from the cold.

A single water pump serves all 700 families, and the water isn’t even potable.  It needs to be boiled for twenty minutes before use.

Latrines here are the “traditional type,” simple holes dug in the ground.

Our visit was arranged by Nematullah, an Afghan Peace Volunteer. A friend of his teaches informal language and math classes to children at the camp. Nematullah leaned over and asked me to jot down the rights listed in the UN Declaration of Human Rights. I quickly scribbled food, water, shelter, health care, employment  and security in my notebook. As we listened to the mothers describe their daily lives, we checked off the rights they have been denied.

“Some days we get food from the market if our children work there,” said Nazar Bibi. “They bring back potatoes or turnips. Otherwise we eat bread and tea. Sometimes we have no tea, and sometimes we don’t even have bread.”

We were told, "If someone becomes sick there is no clinic, no first aid. And we have no hospitals nearby that will help us. We can’t afford to travel to hospitals that might accept us.  (Six hospitals serving “better off” people are within walking distance of the camp, but none of them accept the camp residents, who have no means to pay hospital bills, as patients.)

We don’t want to send our children to work on the streets. We’re afraid they’ll be hit by a car or blown up by a suicide bomber. But we are desperate for food and fuel and there is no work for men and women here in the camp. Sometimes the children return home and there is no bread for them.  They wake up after midnight, begging for food because they are so hungry, and there is nothing for them."

"If we had education, perhaps we wouldn’t be here,” said Nazar Bibi. “We want our children to learn, but even government schools cost money. We have no income."

One woman managed to laugh. “We don’t even know what a dollar looks like!  What color is it? Is it black, or white?” said Shukria. “If America sends dollars here, we never see them. No one cares about us.”

The women said they do feel secure within the camp. They can go to the latrine without being harassed.

Shojun and her family are relieved to have escaped the fighting in Kunduz. She described nightmare experiences with bullets flying  back and forth over and through her house. After fleeing in haste they realized one of the seven children was still in the house.  Fortunately, he was saved. She and her family arrived in Kabul with no belongings, only themselves.

Shukria, who fled fighting in the Laghman province, showed us the large raw scar tissue covering her inner, upper arm.  The Taliban killed her husband twelve years ago.  She then married his brother, but two years ago, during renewed fighting between the Taliban and government forces, their home was attacked.  Her husband lost a foot. He then left the province, abandoning her and her two children.  Shukria says that sometimes she considers suicide but then thinks of the two children. Today, she has no food to serve them lunch. Shukria herself is painfully thin.  She shakes her head, and adds because she never has shampoo she washes her hair with detergent and she thinks it’s causing her hair to fall out.

Up to the end of 2014, the U.S. had spent more money for ‘reconstruction’ in Afghanistan than was allotted for the Marshall Plan ( more than two thirds of this had gone to build up Afghan military and police forces), yet Afghans remain one of the poorest people in the world. 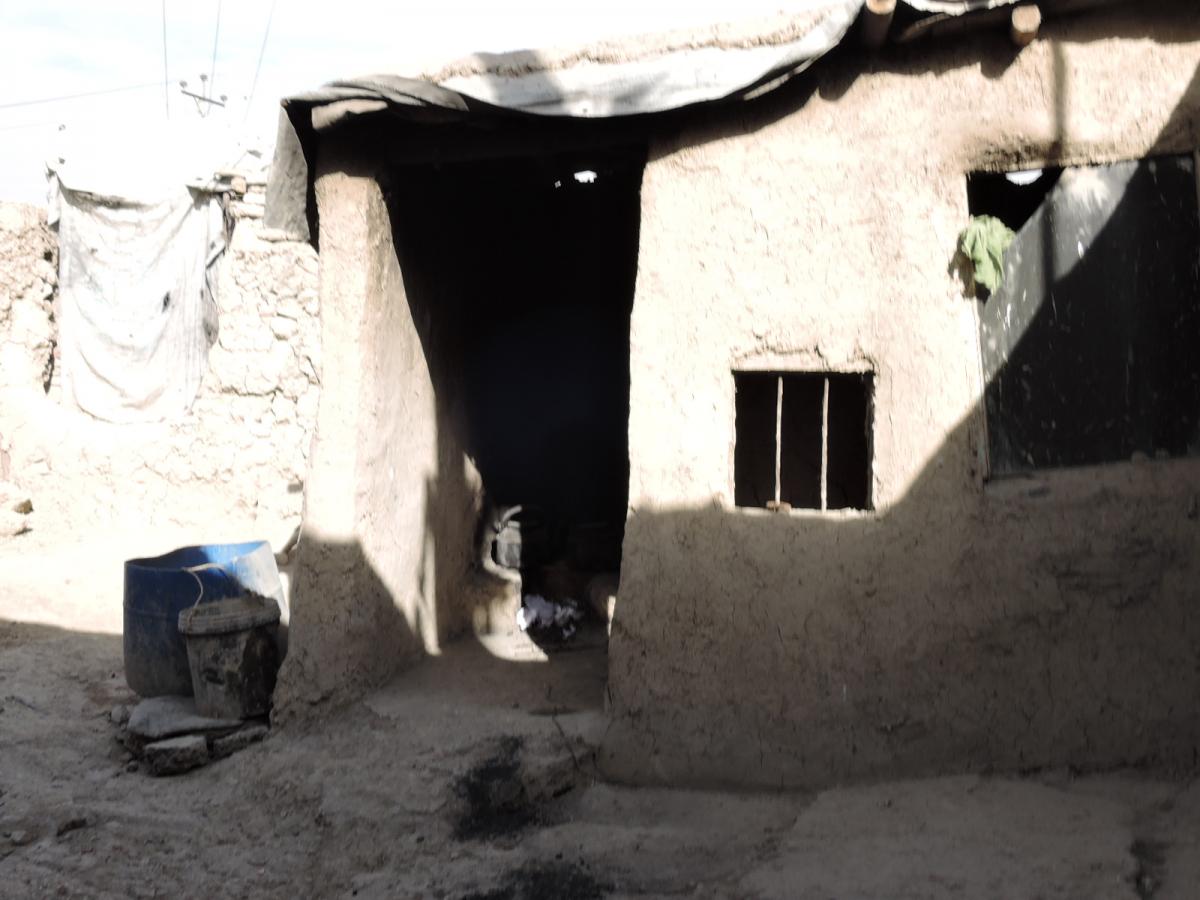 At the same time, the U.S. Congress has authorized $618.7 billion for the National Defense Authorization Act, to fund the Department of Defense in 2017. Even a fraction of this budget, directed toward human needs, would solve the problem of starving children worldwide as well as meet the needs of the destitute people living in the camps throughout Afghanistan. It would be fitting on this December 10th, U.N Human Rights Day, if the citizens of the US were to extend a hand of true friendship to those in need throughout the world and make meeting the needs of the world's least fortunate the first priority. True security for the US will be achieved through caring for and respecting the world's most needy, not through the rampages of war and destruction which has made the US the most feared country in the world.

Kathy Kelly (Kathy@vcnv.org) co-coordinates Voices for Creative Nonviolence (www.vcnv.org). While in Kabul, she is a guest of the Afghan Peace Volunteers (ourjourneytosmile.com)