“I am here becau 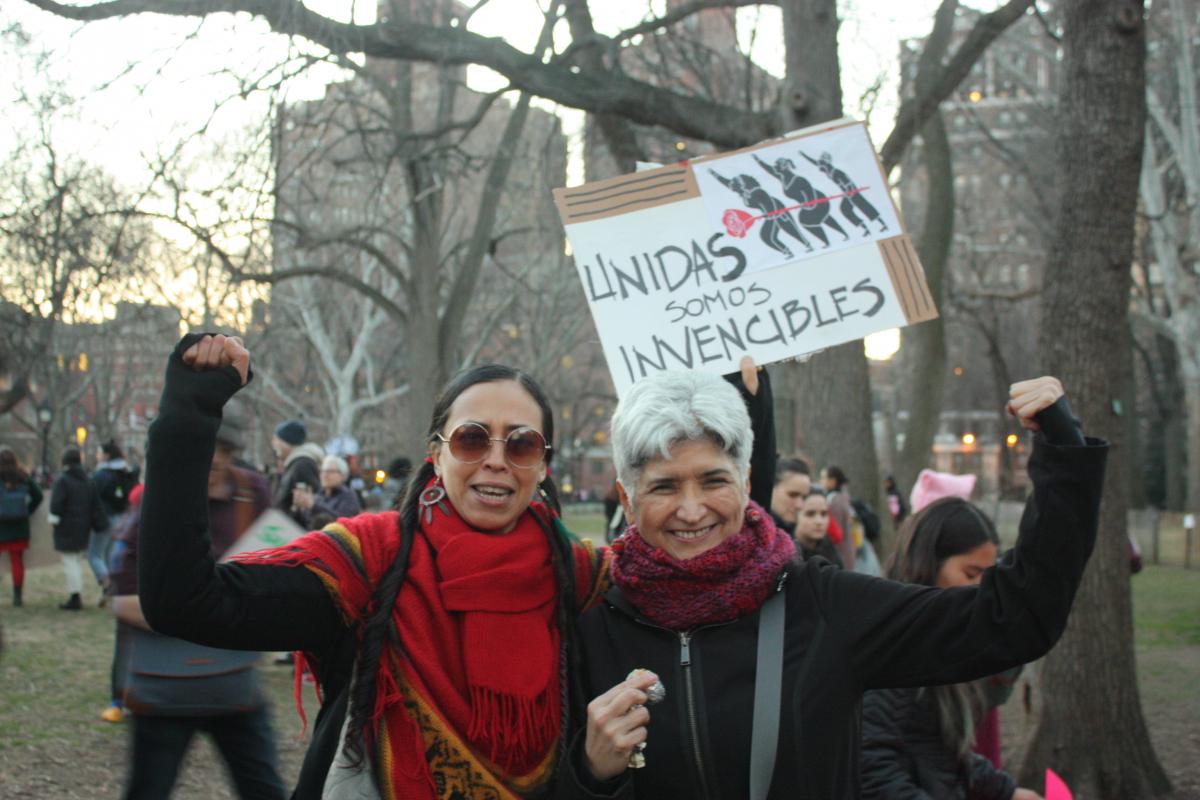 se I feel that women´s rights are human rights and one of the problems with occidental culture is its excessive misogyny, “ said Amani, who moved from the Dominican Republic to New York City when she was 17.“The state is taking away our human right to have property and authority over our own bodies.” She held aloft a sign that read in Spanish “United We Are Invincible.”

International Women´s Strike was started by a group of women from more than 40 countries. In New York, the event was organized by adiverse group of women from different nationalities and professions, some of whom had helped put together the Yemení Bodega Strike a few weeks earlier and the #NiUnaMenos movement started in Argentina to demand an end to violence against women.  Their objective was that the strike be for a feminism of the 99%.

Weeks before the strike, various articles from different media outlets criticized this event stating that it wasn´t an inclusive movement because women in more precarious economic and bureaucratic situations could not walk off in their job without suffering retaliation. Sady Doyle from Elle magazine, for example, titled her piece “Go Ahead and Strike, but Know that Many of Your Sisters Can’t”. Organizers and backers of the strike responded to the critics through articles published in The Nation and The Guardian and The Indypendent, amongst other outlets, saying that they were aware of the situation and were encouraging all women to participate in whatever way they could.

Around 5pm, an hour into the rally, there were already more than 2,000 people chanting and gathering at the square. Various organizers and members of other collectives took the stage including Jamara Wakefield from the Movement for Black Lives, Betty Lyons, activist for Standing Rock of the American Indian Law Alliance and speakers from the Red Umbrella Project for sex worker advocacy. 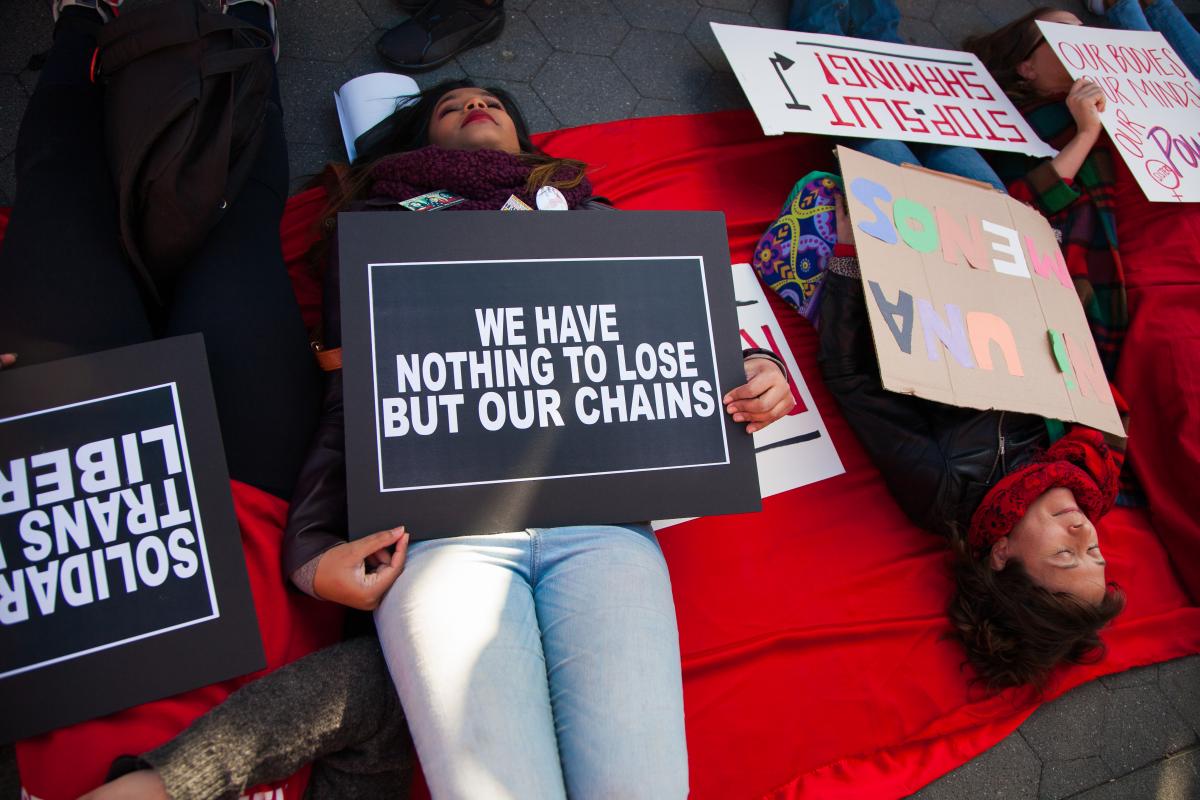 Some of the people who had come brought signs with them that were not only targeted against Trump’s misogyny.  “All of Trump´s politics are connected ones with the each other,” said Ana Maria Rodriguez, a native New Yorker.“If you can’t have access to good health and education it´s hard for you to learn and develop as a human being. Then as an adult it will be hard for you to find a good job, food and a roof to live under.”

As darkness began to fall, the crowd marched out of the park to the nearby site of the 1911 Triangle Shirtwaist Fire, which claimed the lives of 146 factory workers, most of them young immigrant women who died because the building lacked adequate safety measures. As it headed downtown, the march also passed by iconic locations like the Stonewall Inn and finally finished in Zuccotti Park, birthplace of Occupy Wall Street. The event ended with marchers chanting “We are the 99%” and the destruction of a black long tube with red balloons inside symbolizing an oil and gas pipe 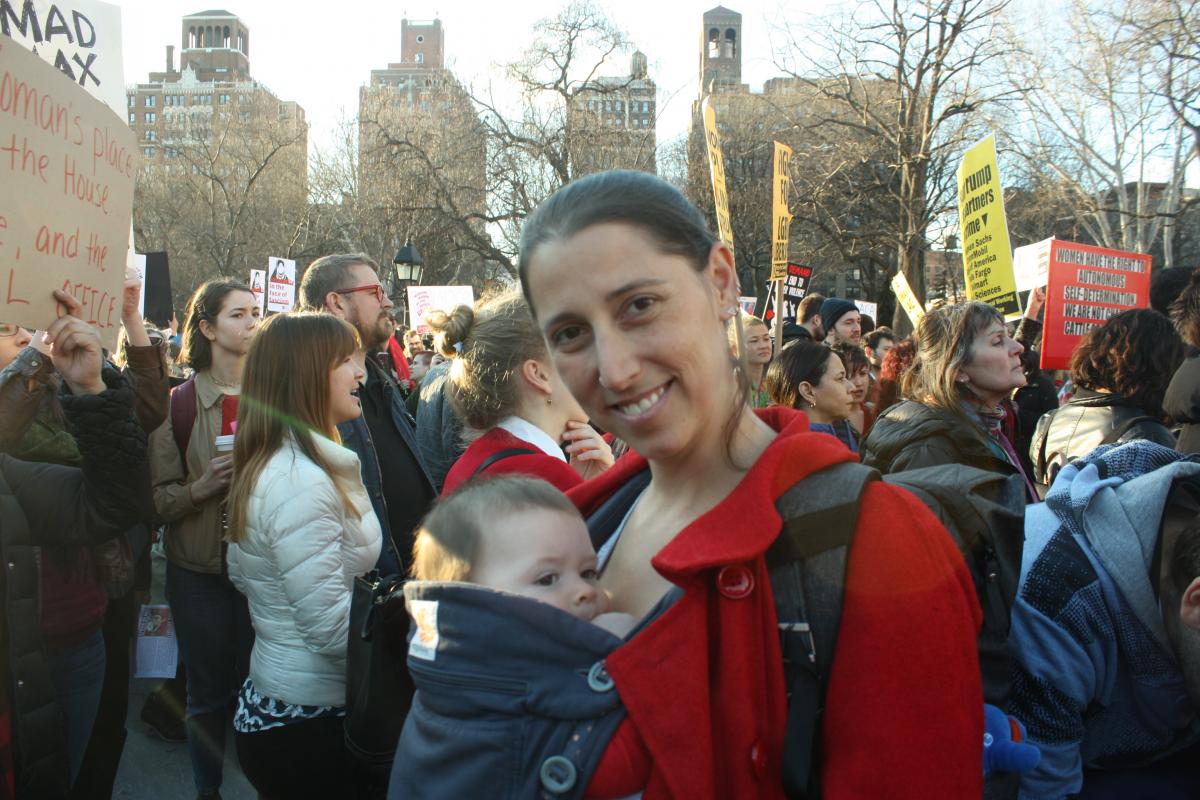 “The rally helps me replenish energy because one of my big fears at the beginning was feeling drained, because it just keeps coming, so disturbing. Moments like these are very rejuvenating”, said Marla Greenwalt, a public school librarian in New York and mother of two children who were with her at the rally.

Earlier in the day a group of protesters had rallied in Columbus Circle. Some of the organizers and activists marched to Trump International Hotel where 13 of them were arrested for blocking traffic, according to the detainees. They were later released. 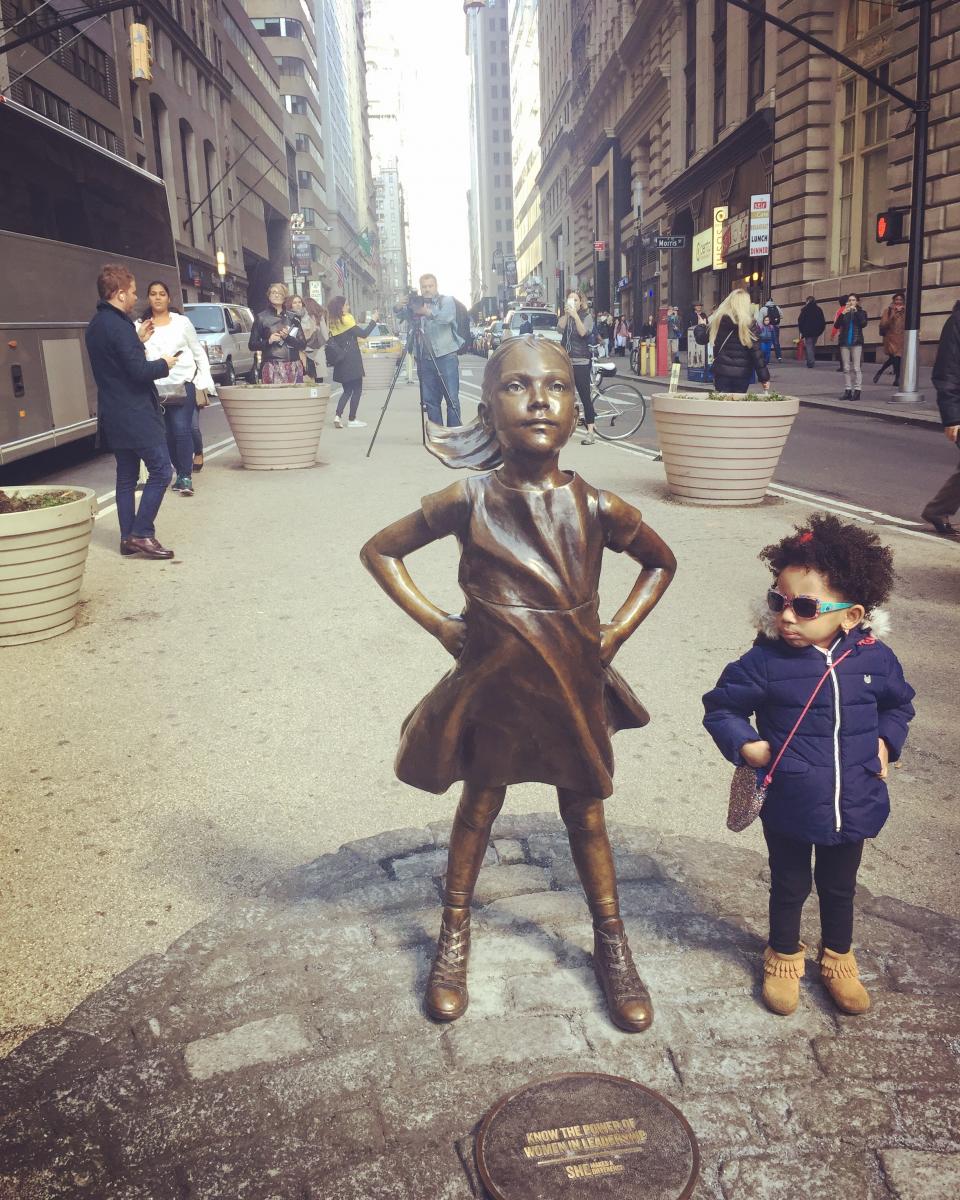 l Street also took a moment to acknowledge International Women’s Day. On Tuesday morning a sculpture of a little girl fearlessly facing down Wall Street’s Charging Bull appeared on the cobblestones of downtown Manhattan. The artwork was created by Kristien Visbal and was placed overnight Monday on behalf of Boston-based State Street Global Advisors, a $2.5 trillion money management firm that is pressing for more women to be appointed to corporate Boards of Directors.

Privilege Is Not The Problem