The Indypendent
Menu
A Free Paper for Free People
Protest against Britain's occupation of Northern Ireland, circa 1970s. Photographer unknown.

THUR MARCH 15
7 PM • FREE
BOOK LAUNCH: Family Histories of the Irish Revolution
Editor Sarah-Anne Buckley will give an overview of the book, including the stories of many unknown activists from the period of the Irish Revolution. Contributors Michael and Pat Dolan will be on hand to share the tale of their amazing aunt Eilish, who was wrongfully imprisoned at 15 years of age in order to save her father’s life.
Bluestockings
172 Allen St., Mnhtn

THUR MARCH 15
7:00 PM–8:30 PM • FREE
TALK: Rebecca Solnit on Men Explain Things to Me
On the tenth anniversary of her influential essay “Men Explain Things to Me,” Rebecca Solnit comes to New York to read from the essay and discuss the current feminist upheavals and the evolution of a newly energized and transformative movement with writers Aruna d’Souza, Mona Eltahawy and Marina Sitrin.
The Great Hall at Cooper Union
7 East 7th St., Mnhtn

FRI MARCH 16
6 PM–10 PM • FREE
MUSIC: Back in the Bronx: Renée Minus White of The Chantels
The Back in the Bronx series celebrates the long legacy of talent that has emerged out of the Bronx. Renowned female rhythm and blues group, The Chantels rocked the world during the late 1950s with chart topping hits. Renée Minus White, one of the original members, will read from her autobiography Maybe: My Memoir (One Chantel’s Story).
The Bronx Museum of the Arts
1040 Grand Concourse 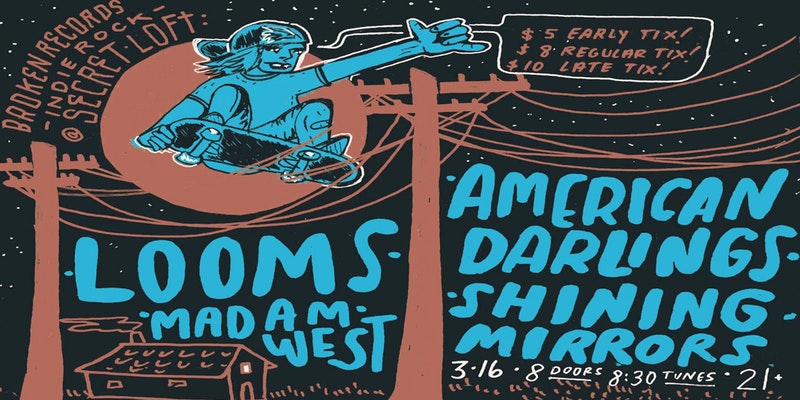 SAT MARCH 17
3:30 PM–8 PM • $5–15 suggested donation
PARTY: Irish Resistance Special
Music. Beer. Food. Film. Explore the Emerald Isle’s rich tradition of revolution this St. Paddy’s while we raise funds for The Indypendent and the Marxist Education Project. The day kicks off with a 4 p.m. screening of The Limerick Soviet, which tells the story of when Limerick was under workers control. Readings from the history of Irish resistance follow. The Celtic punky-and-western sounds of the Busy Busy and a jig-worthy set from deejay McLardner cap off the evening. #IrishStand.
The Brooklyn Commons
388 Atlantic Ave.

SAT MARCH 17
6 PM – 8 PM • FREE
PHOTOGRAPHY: How to Not Lose Sight
An evening with Teju Cole (writer, photographer and critic at the New York Times Magazine) and Zun Lee (photographer, physician and educator). The pair will trade their favorite photographs and examine how the production and consumption of images shape conversations about the intersections of visual culture, social justice and artistic practice.
Bronx Documentary Center
614 Courtlandt Avenue, Bronx

MON MARCH 19
7:30 PM • FREE
HISTORY: Cocktails & Conspiracy: Learning to Resist
On the 50th anniversary of the global uprisings of 1968, subMedia pays homage to the insurgent youth who helped kick things off a half-century ago by taking a look at some contemporary student-led movements that are still tearing things up around the world. Join them for drinks and a special screening.
Starr Bar
214 Starr St., Bklyn