With Bernie Sanders reentering the presidential primary race, expect critiques of social democracy to surface. Social democracy involves the expansion of government to meet the needs of working people and to redistribute wealth. As Sanders promotes policies like single-payer healthcare, a higher estate tax, enlargement of Social Security and the Green New Deal (rather than the abolition of profit taking), he can be fairly described as a social democrat.

Three critiques of social democracy are that, first, by leaving intact the power of the business class, it allows them to regroup and wipe out the gains made by the working class; second, as a set of policies primarily viable in wealthier countries, it leaves intact and sustains itself off of global inequality; and third, that it is only viable in countries with racially homogeneous populations where working-class frustrations cannot be redirected downward at minority populations. Put another way, while the New Deal, the closest the United States has gotten to social democracy, could triumph when the working class was largely white, it was undone when the same white workers were turned against African Americans from the late Sixties on.

To break these critiques down, there is something of a sampling problem involved in assertions that social democracy works better in racially homogeneous societies. In the heyday of social democratic initiatives, between the end of World War II and the 1970s, most European countries were relatively homogenous. They were also wealthy enough to sustain such programs and be close allies of the United States. In the more heterogeneous countries of the global South, there have been many coalitions that have come together to support social democratic initiatives, but they are much more politically vulnerable to outside interference, often sponsored by the United States, and more economically vulnerable to steep downturns. The recent experience of Brazil, which was moving in a social democratic direction, and then dramatically reversed course after an economic downturn became a political crisis, is relevant here. Then there is the United States, the most racially diverse wealthy country between 1945 and the 1970s, and also the least social democratic. 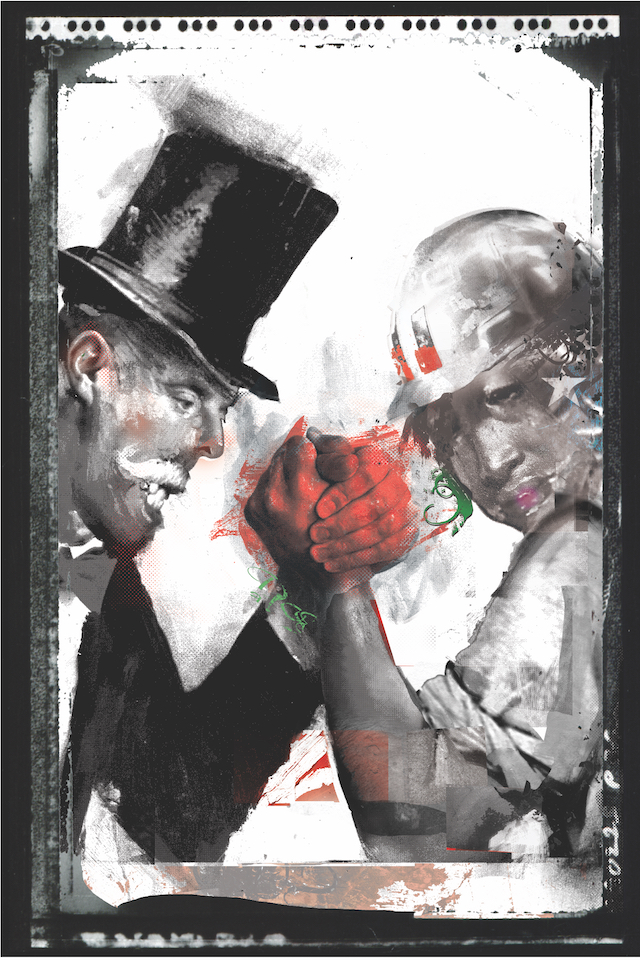 A big part of the reason is that U.S. corporations were, for a time, so profitable that social democratic benefits were distributed through corporate work contracts, reducing pressure for government intervention. The New Deal coalition was indeed fissured along racial and class lines, with many white workers rejecting leadership seen as both too sympathetic to African Americans and indifferent to their own nationalistic and religious priorities, i.e. too grounded in the college-educated professional strata — the terrain of JFK, Barack Obama, Michael Dukakis and Hillary Clinton. Even so, social democratic government programs such as Social Security and Medicare have tended to fair better than the once relatively generous work contracts. It does not seem like so much of a stretch that some of those white workers might be won to a fighting social democratic coalition grounded in the multiracial working class. No iron laws of history need to be invoked one way or the other about those prospects.

In theory, social democratic programs can redistribute the wealth of a country without affecting the hierarchy of the global economic system in the least. If so, it is hard to see why leftists should oppose using the wealth within the borders to pay for health care and education rather than billionaires’ yachts. As a practical matter, the period associated with social democracy (1945-1970s) was one in which there was relatively more oxygen for national development experiments in countries of the Global South due to the practice of fixed exchange rates. The total effect didn’t change global inequality much, but was clearly preferable to the debt-oriented straight jacket imposed once the global business community had gotten its act together to fight back. Today, Sanders is the sole presidential candidate who has talked about cutting defense and pursuing a more cautious foreign policy. Sanders has called for a global progressive movement.

In the case of a Sanders’ presidency, the labor movement would likely feel the wind at its back. During the social democratic era, the American labor movement closely aligned itself with Cold War priorities, but over the last couple of decades, it has been more open to international solidarity efforts. One wonders if those efforts might bloom with a strengthened labor movement grounded in the multiracial working class. A social democratic presidency seems like the best thing that could happen in the United States for a movement against global inequality.

A third criticism is that the capitalist class, if left untouched by redistributive programs, will rebel when economic downturns and growing popular demands pinch profits too much. Indeed, this is the story of the 1970s and the world we have been living in ever since. Clearly, strategies must be developed to permanently weaken the capacity of the capitalist class to act, on both a global and national scale. In the United States, where public corporations dominate the economy, one strategy might be to halt the practice of conflating shareholders with “owners” and instead demand that other stakeholders — workers, communities corporations are based in and environmental advocates — play a role in corporate governance. Warren’s proposal that workers should sit on corporate boards would be a step in that direction, although it would have to be expanded. Other proposals might include imposing a maximum wage, say $800,000, which would limit the ability of CEOs to amass the fortunes that they employ to exercise political power and expanding the public sector. The latter should include provisions to make public enterprises democratically controlled by stakeholders in order to make privatization difficult. The United States could exercise its power worldwide to crack down on tax havens that enable capital flight.

The New Deal, the closest the United States ever came to social democracy, offered considerable security to much of the working class and, in ways little appreciated, opened up pathways for the civil-rights and feminist movements. It is tragic that it succumbed to racism, the backlash of business and being tethered to U.S. foreign policy. As a new era of reforms seems near, this should spur thinking as to how to creatively overcome these challenges, rather than dismiss those who have begun to reopen fundamental questions.