The Indypendent
Menu
A Free Paper for Free People
Still from Solace by Tchaiko Omawale, screening at the Black Women's Film Festival this Sunday. Cinematography by Bruce Francis Cole.

THRU APRIL 20
WED–SUN, 12PM–6PM • FREE
ART: “Beginning, End, None”
Hannah Black’s video installation takes the cell, the building block of all living organisms, as its starting point. Questioning the classic analogy of the cell as “factory,” Black explores the ideological aura of this comparison, which implicitly naturalizes the factory and commodifies the cell. Meanwhile, biotech has now made the analogy real by treating cells as sites of production.
Performance Space New York
150 First Ave., 4th Fl., Mnhtn

THURS MARCH 14
6:30PM–8:30PM • $15
SCREENING: El Pueblo Se Levanta
In the late 1960s, conditions for Puerto Ricans in the United States reached a breaking point. Produced in 1971, this hard-hitting documentary focuses on the poverty and oppression of NYC’s own East Harlem.
Museum of the City of New York
1220 Fifth Ave., Mnhtn

THURS MARCH 14
7PM–10PM • FREE
ART: Community Discussion and Art Build: Another World is Possible
People’s Puppets opens its studio to organizers, artists and interested people of all types who want to get together and dream, strategize and build some art to push forward the energy transformation our future needs.
The People’s Puppets of Occupy Wall Street
25 12th St., Bklyn

FRI MARCH 15
12:30PM–1:30PM • FREE
WORKSHOP: Organizing (and Staying Sane with) Your Family Archives
Archivist Michelle D. Novak will explore organizational methods for digitizing, naming and organizing your paper and digital files, discuss common technology pitfalls to avoid and present ideas on to help your research live beyond today’s technology. We’ll draw inspiration from the past, set up common-sense systems, protect against “a matter of when” disasters and find inspiring ways to share research with your family.
Museum of Chinese in America
70 Mulberry St., Mnhtn

FRI MARCH 15
6:30PM–10PM • $10–$20
PARTY: Ya Tayr al Tayir: An Evening of Palestinian Dabke and Culture
Want to learn how to dance dabke? Been wondering how you can get involved with the movement for Palestine? Join this evening celebrating Palestinian cultural resistance through dabke, art, poetry, music, food and more.
The People’s Forum
320 W. 37th St., Mnhtn

FRI MARCH 15
7PM–10PM • FREE
SCREENING: We Need To Take Guns
The first documentary film about the revolutionary communist and anarchist organizations who comprise the International Freedom Battalion in Rojava who are fighting the Islamic State. Donations in support of the Rojava Revolution welcome.
The Base
1302 Myrtle Ave., Bklyn 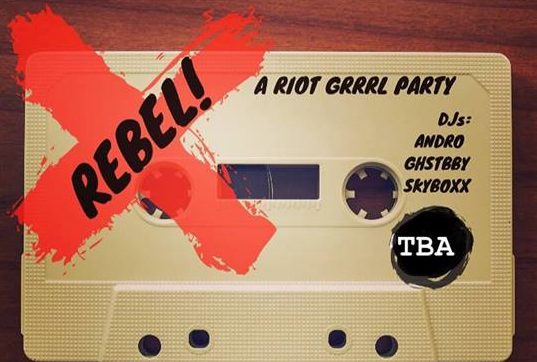 SAT MARCH 16
8PM–12AM • $5–$10
PARTY: Rebel! A Riot Grrrl Party
Feeling Rage? Feeling Nostalgic? Feeling like you want to kick something in a non-violent and safe way? Come heal your soul as we celebrate and dance our asses off to some riot grrrl punk rock.
DRTY SMMR
1198 Myrtle Ave, Bklyn 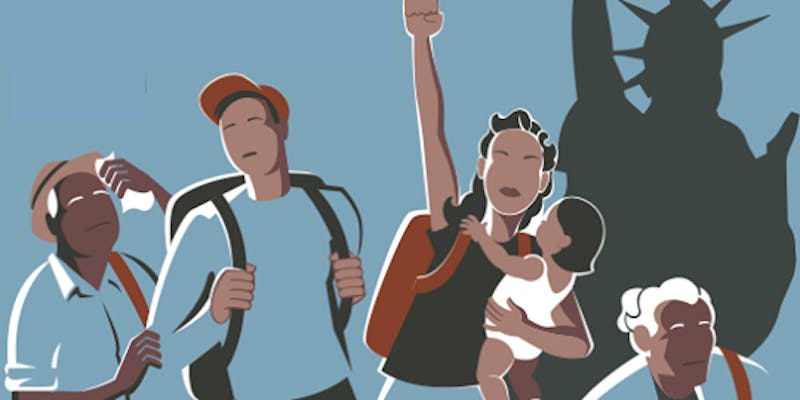 MON MARCH 18
7:30PM–9PM • $20
PERFORMANCE: Smash the Wall! (With Beauty, Love and Honesty)
The International Human Rights Art Festival, in conjunction with the New Sanctuary Coalition and Immigrant Families Together, presents an evening of music, film, theatre and discussion in service to smashing the wall within! After all, all walls built in the world represent walls that exist in our psyche.
The Playroom Theater
151 W. 46th St. 8th Fl., Mnhtn

TUES MARCH 19
6:30PM–8:30PM • FREE
PARTY: Fire Jumping Spring Festival
Jumping over fire is a symbolic gesture to start a fresh new year. This tradition rings in the Persian New Year and has been celebrated since at least the 1700 BCE early Zoroastrian era. There will be music, dancing and snacks; wear your best fireproof pants. The Rude Mechanical Orchestra are performing.
Firemen’s Memorial Garden
358 E 8th St., Mnhtn