The Indypendent spoke with friends and admirers of David Graeber at Sunday’s memorial carnival at Zuccotti Park and invited them to share their favorite memories of the anarchist anthropologist who helped to coin the battle cry “We are the 99%.” These interviews have been edited for length and clarity. 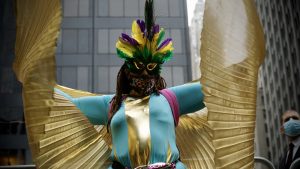 “David was a mutt like the rest of us. He was intelligent, he cared for people. He wasn’t a perfect person, but none of us are. His drive was well meaning. If only other people could be that way.” 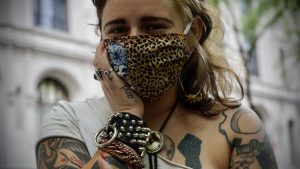 “I graduated in 2011 from high school and was in my first semester of community college on October 6, 2011 when the first Occupy demonstration happened in Tampa Bay, where I was living. It was 1,500 people, which was pretty unheard of in Tampa. It really changed my life in a lot of ways that I didn’t want to initially embrace but I knew that it wasn’t a phase and this was a forever thing that I was going to be engaging with.  And obviously David Graeber — I hesitate to use a hierarchical term —   being a person who was really heavily involved in influencing Occupy and its call, I think he clearly played such a huge role in a movement that impacted my life.” 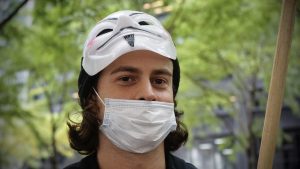 “I got involved at Tompkins Square at the beginning of Occupy Wall Street, which is where I met David Graeber over at the general assemblies. I started to learn more about him and his work — Debt: The First 5,000 years — and he was the guy who really took the shame out of being a student and in debt. It was an honor to be in the same movement as him, it was an honor to fight alongside him and to do a lot of actions with him.” 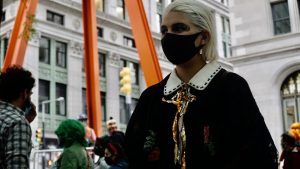 “David’s legacy will be that he will continue to radicalize folks, the books he’s written people will continue to read long after he passed. But apart from that, just his entire history, like being an anarchist and being in academia and being reprimanded for it so publicly is important. David Graeber will be an influential part of any future revolution. His theories, his books are never going to die. They’re always going to be an integral part of political theory and academia, regardless of whether or not he is.” 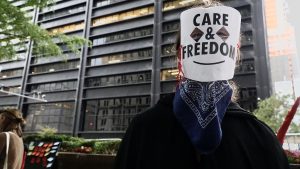 “For a grad student like me, David Graeber made it seem possible to be an academic writing from movements instead of alongside them which was important because otherwise knowledge misses that insider perspective. Also, his idea of collective interest instead of individual gain was very rare. His legacy will be that of someone who was boundlessly enthusiastic and playful.” 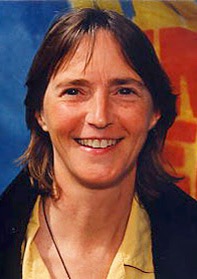 “I will miss his playfulness. Life will not be as fun without him. He was cute, fun and mischievous. Dealing with such hard work, we need that spirit among us. He was able to maintain his humanity. I’m grateful for the light he kept shining on the cruelty of capitalism. He was the kind of dangerous we need. “

For more about David Graeber’s life and work, click here. To read the full article on his memorial, click here. For his 2011 interview with The Indypendent, click here.