After receiving testimony from more than 120 Columbia University students, faculty members, administrators and alumni, an ad-hoc committee charged by university President Lee Bollinger to investigate claims of in-class intimidation of pro-Israel students found, “no evidence of any statements made by the faculty that could reasonably be construed as anti-Semitic.” The committee identified a single incident in which it felt that Professor Joseph Massad “exceeded commonly accepted bounds” of classroom conduct. 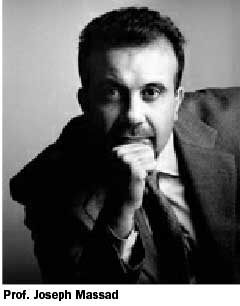 However, the report noted: “We have no basis for believing that Professor Massad systematically suppressed dissenting views in his classroom.” On the contrary, the report portrayed an in-class environment in which students of differing views were frequently allowed to voice opinions that contradicted those of the professor.

The committee found far more evidence that political opponents harassed professors in the Middle East and Asian Languages and Cultures (MEALAC) department. “Testimony that we received indicated that in February 2002 Professor Massad had good reason to believe that a member of the Columbia faculty was monitoring his teaching and approaching his students, requesting them to provide information on his statements in class as part of a campaign against him,” the report asserted. The member of the faculty, a professor at the university’s medical school, was not named.

According to the committee’s report, “a small group of unregistered auditors attended Massad’s lectures, and their frequent interruptions and hostile asides disturbed many of the students.”

Columbians for Academic Freedom (CAF), a university group that has publicized the accusations against MEALAC professors, denounced the report as “a whitewash.” The report is “a second strike against the university.” CAF member Ariel Beery said in a March 31 press conference.

The ad-hoc committee, composed entirely of Columbia University faculty, says it received only three serious charges of academic intimidation. Two of the three charges were dismissed; the third, an allegation of an incident in which Massad yelled at a student for “denying Israeli atrocities” was deemed “credible.” However, the report went on to state, “three participants in the class who were interviewed by the committee…do not recall such an episode.”

All five recommendations from the committee dealt with improving Columbia’s student grievance procedure. The committee argued that a poorly designed school grievance policy opened it up to outside intervention on the part of political forces with their own agenda.

Harvard Law professor Alan Dershowitz has publicly pledged to “create a second, independent committee with no ties to Columbia if the school’s own committee reaches what he considers a biased conclusion.” It remains to be seen whether Dershowitz and pro-Israel students on campus will follow through with these threats.

It is also unclear what impact the release of the report will have upon growing faculty disillusionment with Bollinger. In early March, an open letter from 46 faculty members to Bollinger asserted that “no one associated with the Columbia community, including students, faculty and others, should have reason to fear reprisals or sanctions of any kind for expressing unorthodox or unpopular views of any political stripe.”

According to the New York Times, a small group of graduate students began circulating a petition in late March calling for Bollinger’s resignation, because he “failed to defend our faculty, thereby nurturing an environment of fear and intimidation throughout the university.”