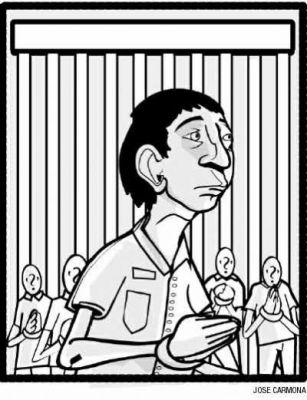 When one of the 100,000 people that pass through Rikers Island each year enters an HIV/AIDS counseling session, his sexual history is reviewed, his mental preparation to receive a positive result is assessed, and, just in case, he is given the necessary tools to engage in high-risk activities more safely. When test results are revealed, the Rikers counselors, through their years of experience, are equipped to deal with a patient’s grief, happiness, or, on occasion, rage. “They tell us the deepest, darkest corners of what’s inside,” counselor Mindy Venetek said.

On Nov. 7, 2006, the eleven HIV/AIDS counselors at Rikers were notified by the Department of Health and Mental Hygiene (DOHMH) that in a month specialized HIV/AIDS counseling at Rikers would become obsolete. The counselors were given two options: attend additional training, take on additional responsibilities besides counseling and do weekend work, or lose their jobs.

“To see the city do what they’re about to do breaks my heart,” Venetek said. According to the counselors, the Department of Health’s decision to require nurses, physicians and new staff to take on counseling responsibilities means the inmate population and the general public will be put at risk. Much of the population at Rikers is transient and not incarcerated for violent crimes. According to the U.S. Bureau of Justice, 1.9 percent of inmates in state prisons were diagnosed with HIV in 2004, nearly five times the rate of HIV infection among the general population.

HIV positive inmates in New York represented 7 percent of the total number of positive inmates nationwide in 2004, the highest such percentage in the country but down from 7.6 percent in 2003.

When inmates are released, the counselors feel it is important they have a good sense of what it means to be HIV positive because, “it can be your sister, your mother, your father who they date,” counselor Maritza Quinones said. Rikers’ staff is employed by Prison Health Services, a for-profit company based in Tennessee that renewed its relationship with the city last year by signing a three-year, $300 million contract. According to the Department of Corrections and the DOHMH, the decision to eliminate counseling at Rikers was solely the Department of Health’s. Louise Cohen, DOHMH deputy commissioner of health care access and improvement, said the decision represents a step toward normalizing HIV/AIDS care, by increasing the number of tests given and moving away from employees whose only function is HIV/AIDS counseling.

“I think the department, just like the [Centers for Disease Control] and many other health care organizations around the country are moving towards making HIV counseling and testing a routine part of medical care,” Cohen told The Indypendent.

“There’s nothing routine about HIV,” Rikers HIV/AIDS counselor Linda Glover said. “If you have high cholesterol, you can’t give it to someone else.” The decision to streamline HIV/AIDS counseling with other healthcare is part of an overall shift in the Department of Health and Mental Hygiene away from the standard of pre-test counseling and
written, informed consent. Last year, redactions to New York State Article 27F would have eliminated pre-test counseling altogether and reduced the necessary consent to oral. Although the changes were approved by Mayor Bloomberg, they did not make it to vote in the New York State Assembly.

Romeo Sanchez, a former inmate currently working with the New York City AIDS Housing Network, said that adding staff and increasing the number of HIV tests given might on the surface seem logical, but will ultimately lead to a deterioration of care.

“To offer rapid testing upon intake at Rikers, I don’t think is the most effective way to provide services,” he said, adding that after being on a bus and being held in a bullpen, inmates are not in a proper state of mind to deny or confirm HIV/AIDS testing.

The Gay Men’s Health Crisis in October released a statement in response to proposals to expand HIV testing. In it, the GMHC maintained that pre-test counseling should remain the standard. “Given the realities of our environments, it is imperative for someone about to take an HIV test to understand the implications of the test and its results,” the statement said. “Maintaining counseling will not only help individuals cope with the test results if positive, but also help people who test negative stay negative.”

The city may also run into problems from other Rikers staff. One Rikers nurse, Ivy Florent, said she is unwilling to do work she feels full-time counselors are better able to provide.

“We can’t do inmate counseling like they do, that’s all they do,” she said. “The reason the [counseling] department was formed was because we didn’t have the time.”

It is unclear whether Florant’s position represents a consensus or minority, but the counselors said they were hearing similar things from other nurses and doctors at Rikers. Most of the counselors will take the DOHMH’s deal and keep working at Rikers, though perhaps not by choice.

“To me it was an ultimatum, either take it or have no job, have no benefits,” counselor Elizabeth Ortega said. Glover signed up for a weekend culinary school before she was notified of the decision, and if she accepts her new position at Rikers she will be required to do weekend work. Though the thirty-year nursing veteran is proud of the good she feels she’s done at Rikers, she is now unsure whether her goal of graduating culinary school will be realized.

“After all the years of service that we’ve given, this is what we get,” she said. Calls to Prison Health Services and the Department of Corrections were referred to the Department of Health and Mental Hygiene.