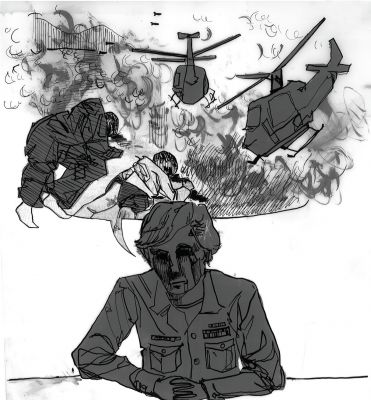 That day saw the largest coordinated global demonstrations in the history of the world. Ten million people from more than 60 countries sent a clear message to Washington that the world was saying no to a U.S. war against Iraq. The newest manifestation of the antiwar movement seemed finally ahead of the game. But when the Bush Administration ignored us, what were we to do next? This was no easy question, and organizers understandably struggled with direction, tactics and strategy.

Over the past several months, as part of an organizational assessment project initiated by the War Resisters League, I’ve had the opportunity to speak to nearly 100 grass-roots organizers and activists from across the country. Many of them work explicitly on issues of war and peace, while others focus on other issues, including labor, economic justice, gender justice, racial justice and the environment. We asked them about the biggest constraints they face in building a stronger and more effective peace movement and how it can become more diverse, cross-class and multiracial peace movement.

What we found was that a cross-section of organizers from diverse groups across the country — local efforts like the Port Militarization Resistance in the northwest; constituency-based organizations like U.S. Labor Against the War, Veterans for Peace and the Women of Color Resource Center; and national coalitions like United for Peace & Justice — are grappling with similar issues related to demographics, cultural constraints, strategy and capacity.

The movement has a demographic problem and an image problem (and they’re related).

“Military members represent a diversity in society that movement people often don’t. And I’ve always had that struggle as a former military person myself, that I’ve been in rooms where I look at everyone and I think, ‘You guys freak me out. I can’t relate to where you’re coming from.’”

— Aimee Allison, veteran and coauthor of Army of None.

Widespread opinion against the war does not equal a large-scale identification with a peace or antiwar movement. Some organizers even disputed the use of the term antiwar “movement,” questioning whether we have a solid enough base of people taking collective action to even constitute a movement.

Many of the people I spoke to sensed that a majority of Americans — and particularly working-class people and communities of color — felt alienated from the white, counterculture image of the peace/antiwar movement.

Some of the problem lies with how the media broadcasts the narrative of “hippies” and “the sixties” and makes “activists” and “protesters” an alien identity – as opposed to portraying activism and protest as actions reasonable people take when they’re fed up. At most antiwar demonstrations, however, there’s no short supply of folks providing images and sound bites that enable the media to run with this angle.

Some organizers suggested that we are so used to holding a minority position, that we have become emotionally attached to a marginalized identity. We have to breathe in the new political climate, realize that some of our positions are now popular, start connecting with more people, and reimagine ourselves as winners.

We need to focus less on big demonstrations, and more on organizing a base and building leadership.

“I think that a big obstacle to the antiwar movement building stronger, longer-term institutions is the politics of the philanthropy community. So much of movement infrastructure has been professionalized and is anchored by nonprofits in this country — some quite effectively, some quite destructively. The antiwar movement lacks access to the millions of dollars of philanthropy money going into different socialchange ventures. That limits the antiwar movement’s ability to create the kind of basic infrastructure and organizing that would help turn popular antiwar sentiment into action.”

As a trend, organizers felt weary of mass rallies and marches in this political moment. No one in power seems to be listening, and national demonstrations seem to get less and less media coverage. A number of people pointed out that local demonstrations and other forms of local action often get more bang for the buck with media.

In addition, large rallys are resource-intensive, and the antiwar movement has a shortage of money, staff, infrastructure and leadership. Some organizers noted how the peace movement, in comparison to the labor movement, the environmental movement, and community organizing efforts, has fewer jobs and resources.

As social movements have institutionalized largely as nonprofits over the past decades, this lack of “peace jobs” is no small factor for the peace movement. One organizer described how he got involved in activism through issues of war and peace, but as he acquired the skills to stick with organizing for the long haul, he went to work with an environmental organization because that’s where the organizing jobs were.

As a result of this and other related resource factors, some classic models of organizing widely used in the labor movement — like identifying a target constituency, organizing some of them into a membership base, and developing the leadership of some members to continue to build an organization and base — are known or practiced by few in the peace movement. Many interviewees encouraged national organizations to focus more on supporting the leadership and skills development of local organizers and groups.

The growing GI movement is likely to play a critical role in ending the war.

“The majority of the military is workingclass, and there are connections there that we have not capitalized on. I think that even the construction worker with the American flag sticking on his helmet probably has a pretty negative opinion of the war and probably knows somebody who got fucked up over there. If the Longshoremen received a phone call from Iraq Veterans Against the War saying, ‘We’d like to talk to you guys about possible action,’ we would probably get a response, out of respect for the veteran part of it. I think the opportunity is almost ripe for the picking, and that’s probably the next step.”

We interviewed members of IVAW, Veterans for Peace, Service Women’s Action Network and other organizers who are military veterans. We also asked all of our interviewees about the role of soldiers, veterans and their families in ending the war, and also how others can best support their efforts. Most everyone we talked with felt that soldiers, vets and their families are uniquely positioned to organize in ways that others sometimes cannot, particularly in organizing active-duty GIs.

For a number of reasons, some problematic, they are also seen as some of the most credible critics of the war, and our interviewees unanimously saw them as effective spokespeople. Some folks viewed them primarily as spokespeople, while the veterans we interviewed were more excited about organizing other soldiers and vets. Because they are seen by many in the peace/antiwar movement primarily as spokespeople rather than organizers, people often viewed support as having them speak at an event or be at the front of a march.

Veterans’ groups tended to describe support more practically; lending a hand with logistics, raising money, and the like. Some veterans saw themselves as particularly well positioned to connect with working class constituencies, and help build a broadbased movement.

For example, IVAW is crossing a critical threshold, moving from what has for a long time functioned essentially as a speakers’ bureau of antiwar vets into a chapter-building organization with skilled organizers who are increasingly focused on activeduty soldiers.

While it’s easy to be critical of the current peace/antiwar movement, it is important to point out that a lot of its leadership shares these critiques but often lacks the capacity to correct the problems. It’s also important to recognize that some of the most critical organizing work is not made for television, but is the unglamorous jobs of developing leadership and building relationships and a base. We need more organizing — enough of it to leverage political power — but let’s start by amplifying what’s already happening, rather than starting from scratch.

A full report of WRL’s listening process will be published in WIN magazine in April. For more information visit warresisters.org. Matthew Smucker is the national field organizer for the War Resisters League.