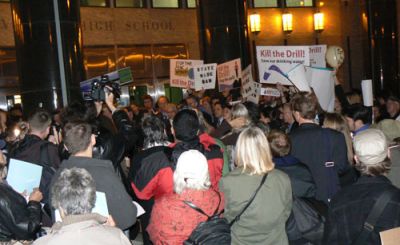 For more information see “Drilling Deep Into Controversy” by Jessica Lee and “The Boom” by Arun Gupta.