New York Times opinion writer Jill Filipovic recalls some of the happiest moments of her early adulthood were spent alone in taxis, speeding down the FDR in Manhattan, watching the sun rise over factories, billboards and bridges along the East River after late nights spent with friends or lovers. Like many college-educated American women, Filipovic — an upwardly mobile NYU graduate and self-identified “overachiever”— was hit with conflicting societal pressures as she reached the latter half of her twenties: to find a man she wanted to marry, have children, break “glass ceilings” in her workplace, be thin and normatively attractive, possess a healthy relationship to food and an active sex life. Fulfilling all of these expectations felt impossible at times, but in these early morning hours looking out at the city lights, Filipovic would tell herself, that even if she wasn’t happy, at least she had come this far.

In her new book, The H-Spot: The Feminist Pursuit of Happiness (Nation Books, 2017), first-time author Filipovic often loses sight of her relative position of power as a white woman with a graduate degree as she argues that we need a revamping of the institutions of marriage, parenthood, labor and sex toward the feminist pursuit of happiness, and away from basic equality. Her vision comes in contrast to another recent release, The Mother of All Questions by Rebecca Solnit, veteran San Francisco-based activist, historian and Harper’s Magazine columnist, who is 22 years Filipovic’s senior. In Solnit’s latest collection of essays, she challenges the notion that “cookie-cutter” happiness — having a “spouse, offspring, private poverty, [and] erotic experiences” — is indeed a worthwhile pursuit for feminists. Instead, Solnit advocates for women to devote their lives to dismantling the institutions that have bolstered American patriarchal society.

If Filipovic wants to improve institutions and social norms, Solnit is ready to throw many of them out.

Despite their conflicting prescriptions, Filipovic and Solnit raise an important question: Can there be a unified agenda for the feminist movement in the United States, and if so, what are its guiding principles? Throughout the 20th century, feminist movements in the United States have grappled to define the aims of feminism, and over the last 50 years, they have struggled to create an agenda for feminists that would not be limited to the issues of upper and middle class heterosexual white women. As was hotly debated in conversations surrounding the Jan. 21 Women’s March on Washington, the challenges facing working women in the United States do not all look like those experienced by Filipovic or Solnit. 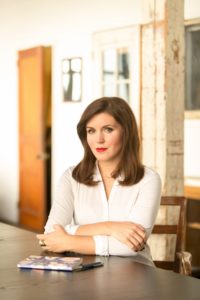 But in The H-Spot, Filipovic attempts to formulate a feminism that could address the issues of the majority of women. Although “the details are different and the struggles are often more pronounced” among poor women of color, the “overarching questions [facing all American women are] similar,” she writes. For Filipovic, who speaks largely from her own perspective (discussing how she made the decisions to marry and forgo motherhood) though also incorporating statistics and interviews, the central questions of feminism today involve sex, marriage, childbirth, work and food. She argues for paid leave and universal childcare — and reports that childless women claim higher levels of happiness than those with offspring. “Sex,” she writes, “is the thing that many women report brings them the most pleasure, and also one that has brought many of us the most pain.” According to Filipovic, a feminist “pleasure-centered public policy” would be directed toward making interpersonal relationships (conventional and non-conventional), motherhood, work and sex pleasurable and fulfilling for all women. While the breadth of her book is extensive, the depth of her discussion of these issues and recommendations remain surface-level — and largely tailored to an audience that looks like herself. 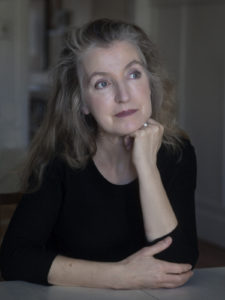 If Filipovic wants to improve institutions and social norms, Solnit is ready to throw many of them out, particularly the notion that happiness should be the aim of a feminist movement. “The problem may be a literary one: we are given a single story about what makes a good life, even though not a few who follow that story line have bad lives.” For Solnit, marriage, which she calls “an old hierarchical arrangement,” is an inherently “conservative” institution. And in her collections opening and title essay “The Mother of All Questions,” Solnit harshly critiques the expectation that childbirth should be a requisite for womanhood, discussing her own experiences with men and women who have shamed her for forgoing motherhood. “One of the reasons people lock onto motherhood as a key to feminine identity is the belief that children are the way to fulfill your capacity to love. But there are so many things to love besides one’s own offspring,” she writes. In her typical ruminative style, Solnit weaves history and current events to provide thoughtful analysis of misogyny in America — but offers little in practical frameworks for overcoming the patriarchy behind it.

2017 is a strange year to discuss the feminist pursuit of happiness, as it will go down in history books as a major setback for women’s rights in the United States, a time when many of the institutions that have promoted and protected women’s social and economic equality have come under attack by the executive and legislative branches. It is also a year when one would expect feminism and its proponents to be on the defense — yet the Jan. 21 Women’s March was the largest day of protest in U.S. history, and a sign that women are willing to re-think the aims of feminism. While Filipovic and Solnit offer at times insightful analysis of some of the most important questions women face, there is a lack of urgency in their voices, and too little discussion of the women whose livelihoods and happiness are most at stake.